Access to all Banking Exams Courses
Subscribe Now
READ ON APP
Home Uncategorized Rules Pertaining to Usage of Article – Part – II ...
Facebook
Twitter
Google+
Pinterest
WhatsApp
May 29, 2014
Article “THE” is used in the following ways:
Rule 1:
Examples:
Rule 2:  Before a noun denoting a hospital, temple,
school, college, prison etc. If its purpose or use is not referred to or say if
used not in its primary purpose.
Examples:  He has gone to the hospital to visit a
friend, Where he is employed.
(Here he went to hospital to meet his friend not because of illness)

Rule 5:  With nouns indicating what is unique. (there is no second one)
Examples:  the sun, the moon, the sky, the earth, the equator etc.

Rule 6:  Before an abstract noun or a material if it is used with an
adjunct (a qualifying clause) (or when there is a particular  reference to
the material noun)
Examples:   The gold you have brought from the U.S.A.
is good quality.
Ornaments are made of The gold  ✘

Rule 7:  The is used before certain adjectives to give a plural
meaning.  The rich, The poor, The dead, The sick, The healthy,
The deaf, The blind etc.
The rich = rich people
The poor = poor people
Examples
Rich hate poor  ✘
The rich hate the poor  ✔

Rule 8: With certain adjectives indicating nationality.  The
spanish means spanish people
Examples:  the English, the Dutch, the Spanish, the Chinese, the
Burmese etc. 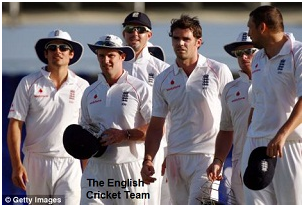 Rule 10:  Before a noun when special emphasis is needed.
Example:
This is the novel I am talking about.  (not any novel,
but a particular novel)

Rule 11:  Before a common noun to give it the meaning of an abstract
noun
Examples:   At last the father in him prevailed and
excused him.

Rule 12:  In special comparatives
Examples:
1. The more you earn, the
more you spend
2. The more, the better
3. The higher you go, the
cooler you feel.

Rule 14:  Before the proper names of certain
well-known or sacred books.
Examples:   the Mahabharat, the Ramayana, the Gita, the Bible, the
Quran

Rule 15:  Before the names of certain countries each of which is a
union of smaller units.
Examples:   the U.S.A., the U.A.E., and U.S.S.R etc.
Rule 16:  Before north, south etc when these are
used as nouns.
Examples:   the north of India, the Middle East, the West Asia.

Rule 17:  Before some proper nouns consisting of adjectives and noun or
noun + of + noun
Examples:   the State Bank of India, the National Museum

Rule 18:  The + singular noun + clause or phrase can be used to
distinguish one person from another of the same name.
Example:
Q. We have two Reddy’s, which Reddy you
want?
A. I want the Reddy who signed
the letter.

Rule 19:  Before the names of political parties.
Example:  the BJP, the Congress

Rule 20:  When it is clear from the context that a particular person,
place or thing is meant.
Examples:
1. I talked to the
Principal yesterday.  (Both speaker and listener knew who is
principal)
2. The students are playing in the
garden.