Access to all Banking Exams Courses
Subscribe Now
READ ON APP
Home Uncategorized SBI Clerk – An attractive Career Option for Engineers and MBAs too
Facebook
Twitter
Google+
Pinterest
WhatsApp
June 15, 2013
SBI is one of the most prefered career options for candidates who are trying to get into a government job. It is quite evident in the number of applicants for the post of Probationary Officers. Against 1500 vacancies for the post of Probationary Officer, SBI received approx 17 Lac applications.

At a time when the chips are down in the economy and the threat of downsizing looms in the private sector, candidates with professional qualifications are finding entry level jobs (Bank Clerk) in public sector banks attractive.

This is seen in the recruitment trend in State Bank of India and the scenario is not different in other public sector banks . 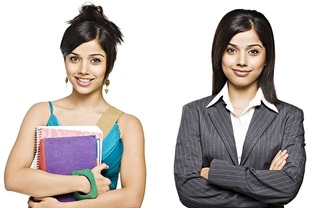 Though the qualification for the Assistant’s position, the lowest rung in mainline banking operations, is 12th class (with minimum 60 per cent aggregate marks) or a degree from a recognised university, SBI has managed to attract candidates with professional qualifications in computer engineering and business administration.

Expansion of the branch network, coupled with the need to mitigate staff shortage, particularly at rural and semi-urban branches, saw SBI recruiting 20,682 new Assistants in FY2013.

More than 30 lakh candidates appeared for the test for the Assistants’ position.

“There are cases whereby a candidate joins a bank as an Assistant but aims for the Probationary Officer’s (PO) position. Once, the candidate cracks the PO exam and gets selected, he can even rise to be a Deputy Managing Director (in SBI) or a Chairman and Managing Director (in a public sector bank), if he is a fast-tracker,” he said.

During the year, the bank added 719 branches, taking the total number of branches to 14,816. Of these, 66 per cent of the branches are in rural and semi-urban areas.

“The large scale recruitment of Gen-next employees in the officers as well as in the Assistant grade have not only brought a far-reaching attitudinal change among staff in their customer interface and services across branches, it has also become a catalyst in enhancing/ improving the productivity and efficiency of employees,” SBI said in its annual report.