Skip to content
The Section gives the police powers to arrest those who post objectionable content online and provides for a three-year jail term.
The court, however, allowed the government to block websites if their content had the potential to create communal disturbance, social disorder or affect India’s relationship with other countries.

The bench said the public’s right to know is directly affected by Section 66 A and the Section clearly affects the right to freedom of speech and expression enshrined under the Constitution of India. Further, the court said Section 66 A was unconstitutional because it failed two major tests – the clear and present danger test and the tendency to create public disorder test. The court also found the language used in the Section vague and nebulous saying it doesn’t properly define words like ‘offensive’ or even ‘persistent’.
The court said there is a difference between discussion, advocacy and incitement. Discussion & advocacy, no matter if annoying to some people, has to be allowed, it said.
A bench of justices J. Chelameswar and R.F. Nariman had on 26 February reserved its judgement on one of the most controversial issues regarding the freedom of expression that the court has had to deal with in recent times. The verdict was reserved after the government concluded its arguments contending that section 66A of the Information Technology Act cannot be declared unconstitutional merely because of the possibility of its “abuse”. 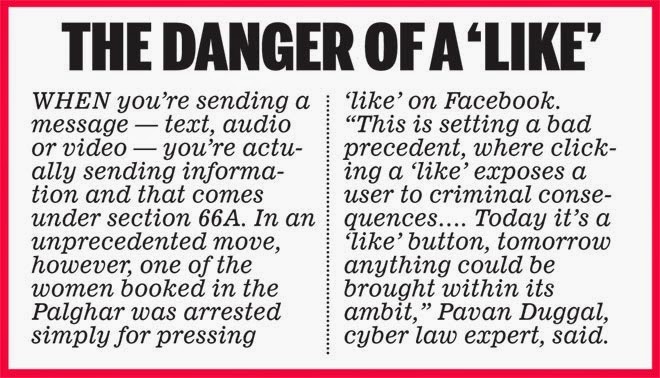 The government said it did not want to curtail the freedom of speech and expression but contended that the cyber space could not be allowed to remain unregulated. During hearing however, the court had found several issues with the wording of the law. In particular, it said that terms like ‘grossly offensive’ and ‘of menacing character’, used to classify content as illegal, were vague expressions and these words were likely to be misunderstood and abused.

The first PIL on the issue was filed in 2012 by a law student Shreya Singhal, who sought amendment in Section 66A of the Act, after two girls — Shaheen Dhada and Rinu Shrinivasan — were arrested in Palghar in Thane district as one of them posted a comment against the shutdown in Mumbai following Shiv Sena leader Bal Thackeray’s death and the other ‘liked’ it. The apex court had on 16 May 2013, come out with an advisory that a person, accused of posting objectionable comments on social networking sites, cannot be arrested without police getting permission from senior officers like the IG or the DCP.
What Section 66A says:
“Any person who sends, by means of a computer resource or a communication device
Section 66A provides punishment for sending offensive messages through communication services.
These messages may be any information created, transmitted or received on a computer system, resource or device including attachments in the form of…
The law targets messages that…
The law was amended in 2008 and received Presidential assent on February 5, 2009. 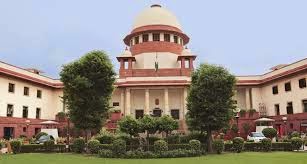