Born as Narendranath Dutta on January 12 , 1863 to Vishwanath Dutta and Bhubhaneshwari Devi in Kolkata , He was the very naught child there. Once her mother said ” Hey Lord Shiva , I prayed to you for a son and you sent me one of your demons”. 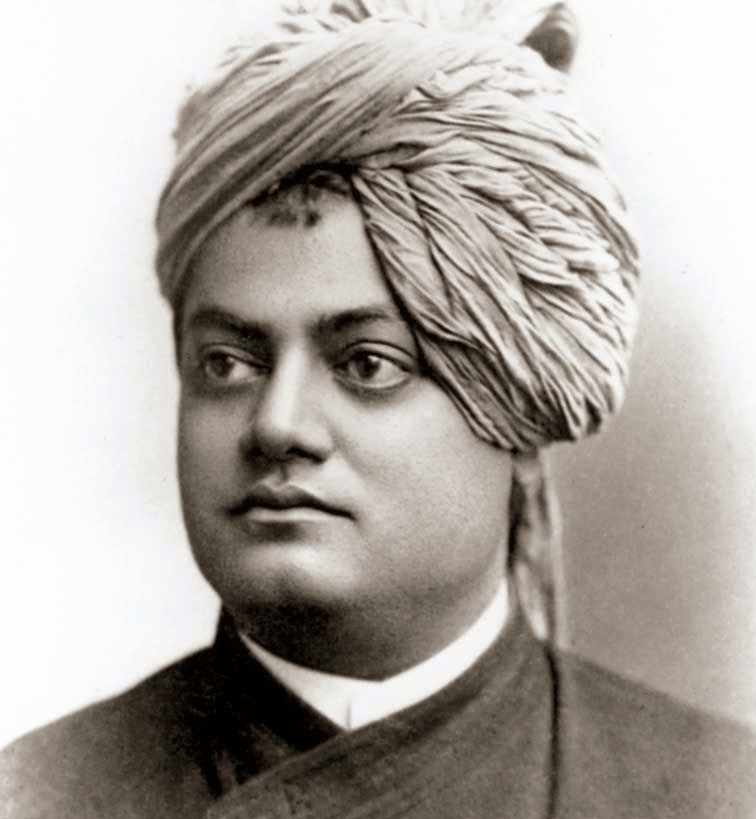 Swami Vivekananda was the person with qualities of Strong and pure character , talent , devotion , a deep philosophical mind, and a capacity for both deep meditation and intense compassion for his follow men. He was expert in Music , Gymnastic , Studies ,After graduation from the Calcutta University he became master in Western philosophy and History too.

Life with Ramakrishna –
One day in November 1881, Narendra went to meet Sri Ramakrishna who was staying at the Kali Temple in Dakshineshwar. He straightaway asked the Master a question which he had put to several others but had received no satisfactory answer: “Sir, have you seen God?” Without a moment’s hesitation, Sri Ramakrishna replied: “Yes, I have. I see Him as clearly as I see you, only in a much intenser sense.”

Apart from removing doubts from the mind of Narendra, Sri Ramakrishna won him over through his pure, unselfish love. Thus began a guru-disciple relationship which is quite unique in the history of spiritual masters. Narendra now became a frequent visitor to Dakshineshwar and, under the guidance of the Master, made rapid strides on the spiritual path. At Dakshineshwar, Narendra also met several young men who were devoted to Sri Ramakrishna, and they all became close friends.

About Karma : will write only short thing about it.

Swami ji has always believed in Karma. He said karma is everything.

I am talking to you: that is Karma.

You are listening: that is Karma.

We breathe: that is Karma.

Everything we do, physical or mental, is Karma, and it leaves its marks on us.

Chicago Speech : –  Best speech i have ever heard and always re-listen it frequetly.


My thanks, also, to some of the speakers on this platform who, referring to the delegates from the Orient, have told you that these men from far-off nations may well claim the honor of bearing to different lands the idea of toleration. I am proud to belong to a religion which has taught the world both tolerance and universal acceptance. We believe not only in universal toleration, but we accept all religions as true. I am proud to belong to a nation which has sheltered the persecuted and the refugees of all religions and all nations of the earth. I am proud to tell you that we have gathered in our bosom the purest remnant of the Israelites, who came to Southern India and took refuge with us in the very year in which their holy temple was shattered to pieces by Roman tyranny. I am proud to belong to the religion which has sheltered and is still fostering the remnant of the grand Zoroastrian nation. I will quote to you, brethren, a few lines from a hymn which I remember to have repeated from my earliest boyhood, which is every day repeated by millions of human beings: “As the different streams having their sources in different paths which men take through different tendencies, various though they appear, crooked or straight, all lead to Thee.”


The present convention, which is one of the most august assemblies ever held, is in itself a vindication, a declaration to the world of the wonderful doctrine preached in the Gita: “Whosoever comes to Me, through whatsoever form, I reach him; all men are struggling through paths which in the end lead to me.” Sectarianism, bigotry, and its horrible descendant, fanaticism, have long possessed this beautiful earth. They have filled the earth with violence, drenched it often and often with human blood, destroyed civilization and sent whole nations to despair. Had it not been for these horrible demons, human society would be far more advanced than it is now. But their time is come; and I fervently hope that the bell that tolled this morning in honor of this convention may be the death-knell of all fanaticism, of all persecutions with the sword or with the pen, and of all uncharitable feelings between persons wending their way to the same goal.

Some of the Best quotes : –

Swamiji’s extraordinary life on earth came to an end on July 4, 1902. He said “It may be that I shall find it good to get outside my body – to cast it off like a worn-out garment. But I shall not cease to work! I shall inspire men everywhere, until the world shall know that it is one with God!

Small incident which was happened to me i would like to share here :
When I was in 7th Standard , One of my Teachers had asked to whole class , ” If you could meet anyone whether its from Past , present or Future , who will be that person ?? “

Teacher was smiling after hearing each student’s answer , most one’s answer was ” Aishwarya rai and Sachin Tendulkar “

When my turn came ” I said ‘ Swami Vivekananda ‘ , everyone was looking me like what did he say ? my teacher was smiling and clapping at that time.

In the end , I don’t know anything about afterlife , But Hey Swami Vivekananda , wherever you are , keep blessing me till my last breathe. 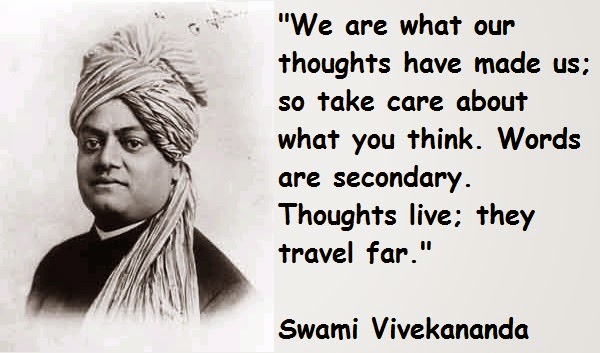