Access to all Banking Exams Courses
Subscribe Now
READ ON APP
Home Uncategorized Why oil prices keep falling — and throwing the world into turmoil
Facebook
Twitter
Google+
Pinterest
WhatsApp
January 7, 2015
The year has opened with turbulence on world financial markets, reflecting the interaction between deepening slump, heightened geo-political tensions and growing political instability in virtually every country.
While consumers and the government are cheering the over 50% fall in global oil prices resulting in cheaper petrol and diesel, oil-producing nations are in a quandary. BankersAdda helps you understand the dynamics of this free fall.

Here is a case in the context –
India has a huge demand of petrol and diesel in their economy, to buy fuels from Saudi Arabia India needs a currency that Arab accepts (same as you cannot buy milk by paying wheat anymore). Arab needs dollars to invest and purchase goods from different countries (dollar is the most accepted and sought of currency). So Indian oil companies will have to go to foreign exchange market to buy dollars with rupees.
How the rates are decided-
Now the Indian oil companies go to Forex market to buy dollars for paying fuel bills but the dollar rich institutes citing the opportunity will not release their funds this easily, as they don’t need Rs anymore (due to the unsupportive govt, Inflation and scams in India), The case is same as you fetch a drastically low prices for the junk lying inactive at your home, So this will lead in to extended round of negotiations and the past rate of 55Rs (say) against a dollar will go up to 60Rs a dollar or even more. This will in turn be a reason for rise of transport of goods in India and the final goods that used to come for 10Rs in past will jump to 12 or more hence the prise rise will strike in India leading to inflation.
Decoded: Shale gas
It is a natural gas found in shale formations – a type of rock in the earth’s crust. It is being considered as the new source of natural gas as other sources are fast depleting. US is at the forefront of exploring and producing shale gas. It accounted for 39% of its natural gas production in 2012. India is expected to have around 6 trillion cubic metres (tcm) of recoverable shale gas (compared to 1.3 tcm of conventional natural gas). However, production costs in India will be significantly high due to the advanced technological requirements and relatively unknown terrain. 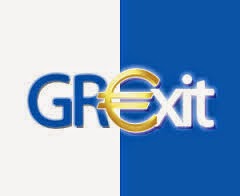