Skip to content
Dear readers,
We are presenting you a a brief article on WTO (World Trade Organization) and its Predecessor. Article is useful for various bank exams, insurance exams & SSC CGL exam.

The WTO’s predecessor, the GATT, was established on a provisional basis after the Second World War in the wake of other new multilateral institutions dedicated to international economic cooperation – notably the “Bretton Woods” institutions now known as the World Bank and the International Monetary Fund.
The original 23 GATT countries were among over 50 which agreed a draft Charter for an International Trade Organization (ITO) – a new specialized agency of the United Nations. The Charter was intended to provide not only world trade disciplines but also contained rules relating to employment, commodity agreements, restrictive business practices.

The objectives of GATT are as follows:

1. To encourage full employment and large and steadily growing volume of real income and effective       demand.
2. To improve the world production and exchange of goods.
3. To ensure the full use of world resources.
4. To ensure a steady improvement in the living standards of people in member countries.
5. To settle the disputes through consultation within the framework of GATT.national investment and     services.

Between 1947 and 1995 there were 8 rounds of negotiations between the participating countries. The first 6 rounds were related to curtailing tariff rates, 7th round included the non-tariff obstacles.
The 8th round was entirely different from the previous rounds because it included a number of new subjects for consideration. This 8th round known as “Uruguay Round” became most controversial. The discussions at this round only gave birth to World Trade Organization (WTO).

The major defects of GATT are as follows:

1. No Enforcement Authority:
The GATT has attempted to prescribe an international code of conduct in the sphere of trade. But there was no enforcement authority to oversee the compliance of GATT regulations by contracting parties and to settle their trade disputes.

2. Problems in the Formulation of General Rules: 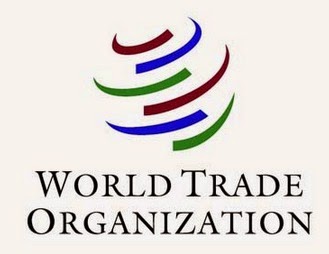 The members of GATT are much diversify in nature, they had varied in economic and political motives and they were also at different stages of development. These reasons created difficulty in framing and implementing uniform general rules of conduct concerning trade, tariffs and payment.

3. Less Benefits for the LDC’s:
The most of the members of GATT were in the category of the LDC’s. The GATT had provided less benefit to these countries. At present, there are more restrictive trade arrangements in the world. The Commodity-to-Commodity based approach has proved to be detrimental to the interests of LDC’s.
This approach creates difficulty in their future planning of production and exports. The GATT also not given any compensation to the less developed countries on account of damage to their economies caused by the actions of developed countries.

The 8th round GATT popularly known as Uruguay round was started in September 1986. The negotiations were expected to be concluded in 4 years but on account of differences among participating countries on certain critical areas, agreement could not be reached. To remove this deadlock Mr. Arthur Dunkel, Director General of GATT, compiled a very detailed document, popularly known as Dunkel Proposals. This proposal culminated into the Final Act on December 15, 1993. India signed this proposal on April 15, 1994. All 124 members the countries signed on this agreement.

WTO
The World Trade Organization (WTO) is the only global international organization dealing with the rules of trade between nations. At its heart are the WTO agreements, negotiated and signed by the bulk of the world’s trading nations and ratified in their parliaments. The goal is to help producers of goods and services, exporters, and importers conduct their business.
Headquarter : Geneva, Switzerland
Established: 1 January 1995
Created by: Uruguay Round negotiations (1986-94)
Membership: 160 countries on 26 June 2014
Budget: 197 million Swiss francs for 2013
Secretariat staff: 640
Head: Roberto Azevêdo (Director-General)