i. Union minister Prakash Javadekar launched ‘Scheme for Higher Education Youth in Apprenticeship and Skills’ (SHREYAS) for providing industry apprenticeship opportunities to fresh graduates.
ii. This scheme is a programme basket comprising the initiatives of three central ministries, including the HRD, Ministry of Skill Development and Entrepreneurship, and the Ministry of Labour and Employment.

i. IDBI Bank has appointed Hemant Bhargava as non-executive, non-whole time chairman. Bhargava is currently the Chairman (in-charge) and Managing Director of Life Insurance Corporation of India (LIC).
ii. The bank stated that Bhargava has been appointed for 3 years or until he continues in his position at LIC. The life insurer is now the majority shareholder in IDBI Bank with a 51% stake.
Static/Current Takeaways Important for NIACL AO Mains Exam:
Awards 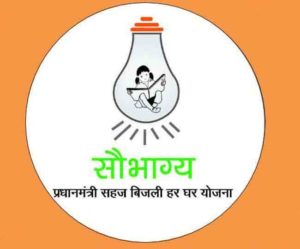 i. The Central Zone Power Distribution Company (CZPDC), Bhopal and West Zone Power Distribution Company (WZPDC), Indore were conferred with the “Saubhagya Award” under Pradhan Mantri Sahaj Bijli Har Ghar Yojana at the National Conference of Energy Ministers by the Union Minister of State for Energy, R.K. Singh.
ii. The award includes a cash prize of Rs 100 crore each. The PM Sahaj Bijli Har Ghar Yojana- Saubhagya was implemented by the Central Government in September 2017, and intends to provide electricity to all Below Poverty Line (BPL) houses of rural and urban areas.
4. PM Narendra Modi Conferred The National Youth Parliament Festival 2019 Awards

i. The National Youth Parliament Festival 2019 awards were given by Prime Minister Narendra Modi at Vigyan Bhawan, New Delhi.
ii. The winners from the national level competition are:
Banking and Economy News

i. Reserve Bank of India and Bank of Japan have signed a Bilateral Swap Arrangement (BSA). The BSA was negotiated between India and Japan during the visit of Prime Minister Narendra Modi to Tokyo in October 2018.
ii. The BSA provides for India to access 75 billion US dollars whereas the earlier BSA had provided for 50 billion dollars.
Static/Current Takeaways Important For NIACL AO Mains Exam: 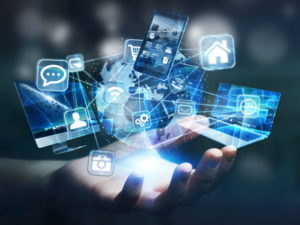 i. India ranked 47th in the ‘Inclusive Internet Index 2019’ which is prepared by the ‘Economist Intelligence Unit (EIU) for Facebook. The index was expanded to include 100 countries which will represent 94% of the world’s population and 96% of global GDP.
ii. Sweden topped the index whereas Singapore ranked 2nd and the USA ranked 3rd. India maintained its previous year rank.
Static/Current Takeaways Important for NIACL AO Mains Exam:

7. Mukesh Ambani World’s 8th Richest With Net Worth Of $54 bn

i. With a net worth of $54 billion, Reliance Industries Chairman Mukesh Ambani has broken into the global top 10 richest billionaire list compiled by Hurun Research.
ii. The Hurun Global Rich List 2019 is topped by Amazon chief Jeff Bezos for the second year in a row, while the senior Ambani is placed 8th with a network of Rs 3.83 trillion. Ambani is the only Asian among the top 10.

i. The 16th edition of BioAsia 2019 Asia’s largest biotechnology and life-sciences forum was conducted in Hyderabad, Telangana. It was inaugurated by the Governor of Telangana E.S.L Narasimhan. The theme of the conference was ‘Life Sciences 4.0 – Disrupt the Disruption’.
ii. ‘Life Sciences 4.0: transforming health care in India’ was launched by EY. The report discusses the disruptive impact of the Fourth Industrial Revolution (Industry 4.0) on the health care ecosystem in India.
Static/Current Takeaways Important for NIACL AO Mains Exam:
9. ‘Aviation Conclave 2019’ Organised By Civil Aviation Ministry

i. The Ministry of Civil Aviation organised a conclave on the theme ‘flying for all’ where more than 200 delegates including industry leaders and regulators deliberated on issues and opportunities in the sector.
ii. Civil Aviation Minister Suresh Prabhu stated that the Conclave was about the future of Indian aviation, bringing together industry leaders, government and regulators for setting the tone and propelling us to realize our Vision-2040.
Important Days

i. National Science Day is celebrated across India on February 28. Famous Indian scientist Sir Chandrasekhara Venkata Raman or CV Raman discovered the Raman Effect on this day in 1928. For his discovery, Sir CV Raman was awarded the Nobel Prize in Physics in 1930.
ii. In honour of this discovery and as a mark of tribute to the scientist, National Science Day was marked for the first time on February 28, 1987. This year the theme for the National Science Day is ‘Science for people and people for science’.
Miscellaneous News
11. Union Minister Smriti Irani Inaugurated ‘Titanwala Museum’ In Rajasthan

i. Union Textiles Minister Smriti Irani inaugurated the ‘Titanwala Museum’ that showcases the hand block printing of the Chhipa community in Bagru.
ii. Bagru printing is one of the traditional techniques of printing with natural color followed by the chippas of Rajasthan. The Bagru hand-block printing has a history of over 1000 years.
12. West Bengal Launches ‘Banglar Shiksha’ Portal

i. West Bengal Education Minister Partha Chatterjee inaugurated a web portal, ‘Banglar Shiksha’, which is set to provide real-time data on state-run and aided schools.
ii. The portal, banglarshiksha.gov.in, will be up and running in two months’ time, the minister stated. A statement issued by the school education department stated that the portal will store real-time data of 1.5 crore students, 5 lakh teachers and 1 lakh schools.