IBPS SO 2020 – As per the advertisement released by The Institute Of Banking Personnel And Selection for IBPS SO dated 28th October 2020, IBPS is going to hire specialist officers for 6 specializations for a total of 647 vacancies. Candidates can check the official recruitment advertisement released by IBPS by clicking on the link mentioned below. The online application window for the post is opened now and will be opened till the 23rd of November. The IBPS SO Prelims exam is scheduled for 27th December 2020. In this article candidates, can find other details like exam dates, exam pattern, eligibility criteria and many more:

As per the official advertisement released by IBPS, the following are the important dates and exam dates for IBPS SO 2020:

Last year IBPS rolled out 1163+ vacancies for Specialist Officers and the vacancies for this year will be released in the official pdf @ibps.in. The vacancies of IBPS SO varied from 1962 to 1163 (approx.) over the past 4 years. Candidates can visualise the graph below for complete analysis. 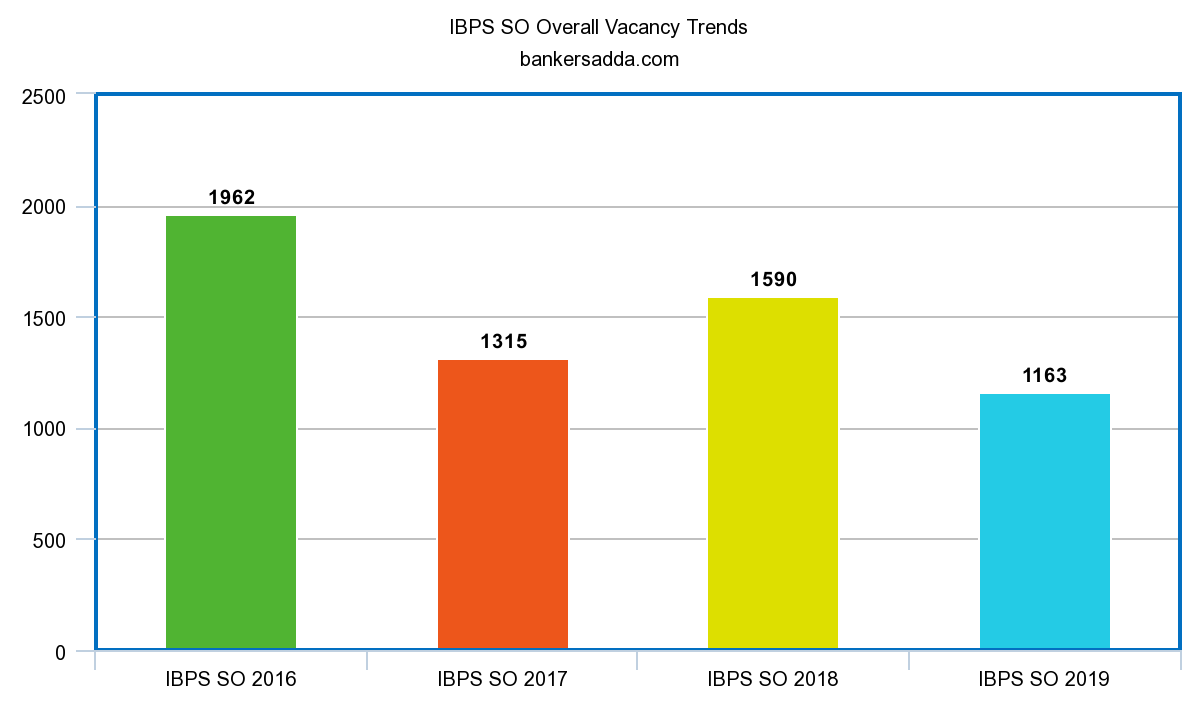 The eligibilty criteria of IBPS SO 2020 will be mentioned in the official notification. IBPS SO Eligibilty criteria generally remains same but varies from post to post because officers serve under Specialist Cadre/wing of Bank like Information technology, Marketing, HR, Law etc.

IBPS SO eligibility criteria according to IBPS SO official notification 2019 is as follows.

A Bachelor Degree in Law (LLB) and enrolled as an advocate with Bar Council.

NOTE: For posts other than IT Officer Scale I: Candidates should have Certificate/Diploma/Degree in computer operations/ Language/ should have studied Computer / Information Technology as one of the subjects in the High School/ College/ Institute.

Age of a candidate will be calculated as per the month of November 2019. The maximum and minimum age is given below.

There is relaxation of age for SC/ST/OBC/PwBD.

IBPS SO is a three-tier exam i.e. preliminary exam, main exam followed by Personal Interview. Following is the expected exam pattern of IBPS SO.

The preliminary exam of IBPS SO is of 125 marks in 120 minutes time duration. IBPS SO prelims exam is not common for all the post but the timings and maximum is the same. Also, there is a sectional cut-off in IBPS SO Exam. Here is the post-wise prelims pattern of IBPS SO.

The mains examination of IBPS SO demands professional knowledge of their respective fields. Here is a pattern for the same.

Note: There is a penalty of 0.25 marks for every wrong answer in both preliminary as well as mains exam. However, there is no penalty for unattempted questions.

IBPS SO Syllabus 2020 remains same. The recruitment process will take in 3 phases, namely, Preliminary exam, the Main exam which will be a test of professional knowledge for the particular stream and the phase III is the Interview Round. Click on the link below to view complete IBPS SO Syllabus.

IBPS SO Admit Card 2020 is expected to release a fortnight ago before the examination. The download link will be available on Bankersadda once it is released on the official website.

IBPS declared the final result for IBPS SO CRP-IX which was the 2019-20 recruitment on 20th May 2020. Generally, the result is released in three stages i.e. IBPS SO prelims result followed by IBPS SO mains result and subsequently IBPS SO Final Result. Candidates are advised to visit on this page at regular intervals to get updated information regarding IBPS SO exam. You can check IBPS SO Final Result from the link given below–

IBPS SO Cut-off 2020 was released after the declaration of result of subsequent stages. Check the IBPS SO Cut Off of the final result for CRP IX given below- 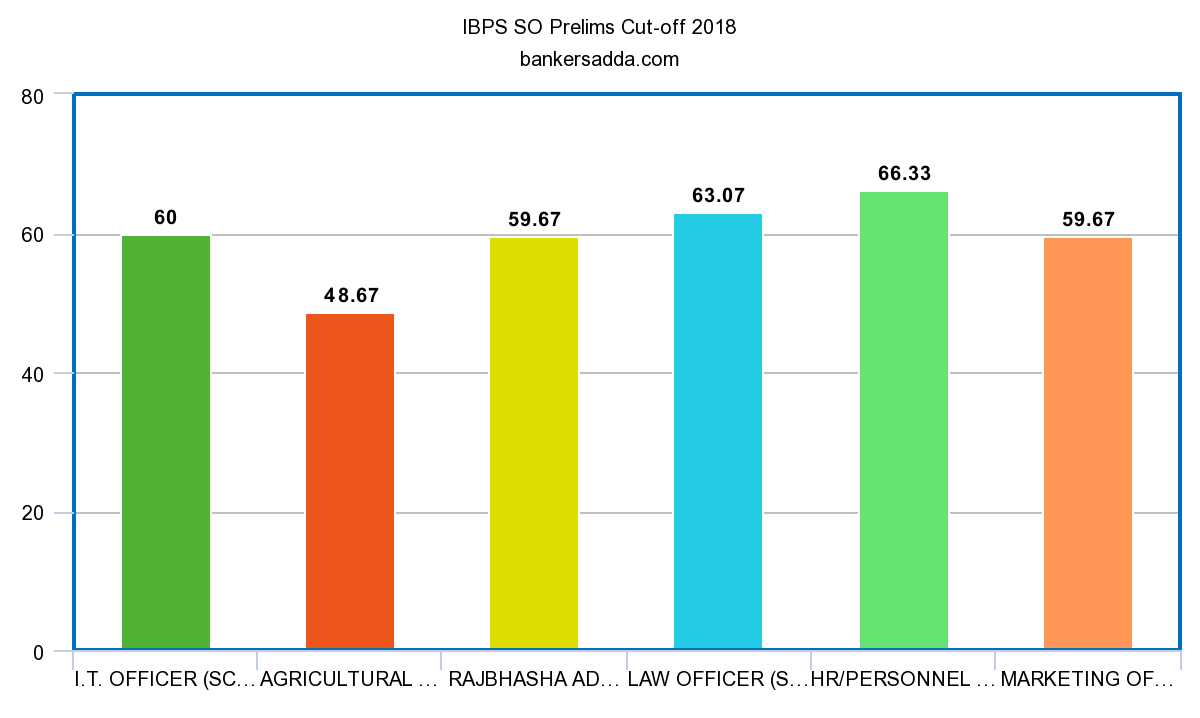 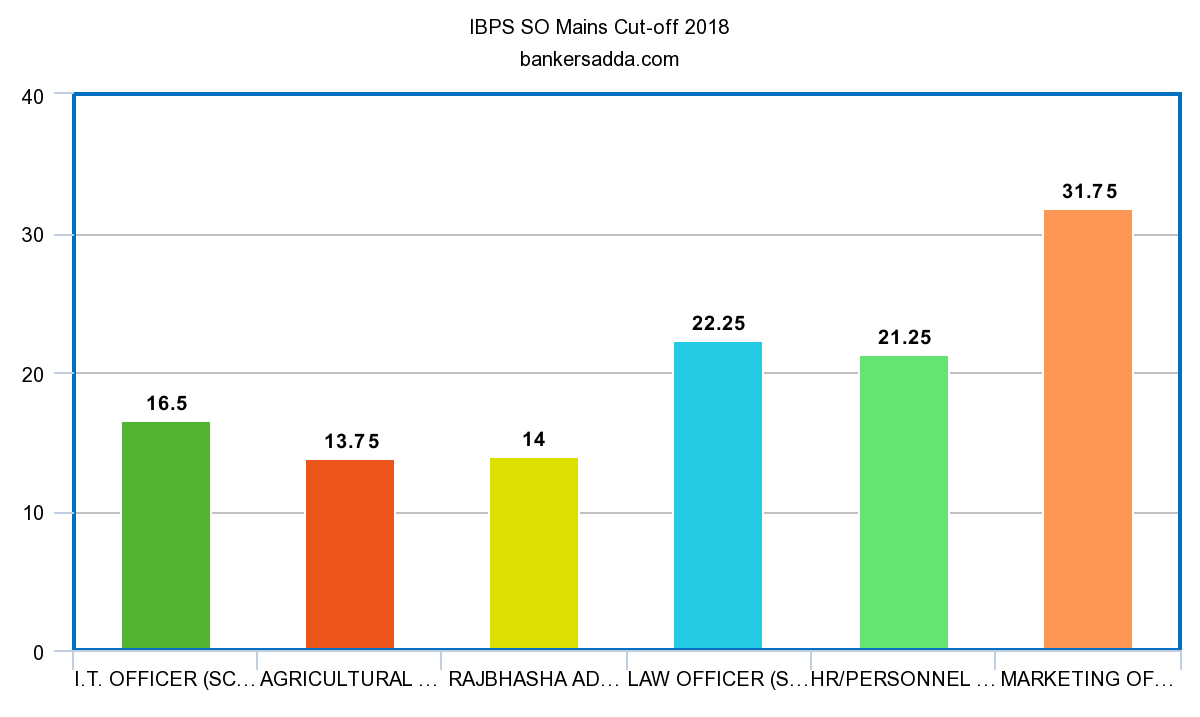 The cut of IBPS SO Mains depends upon:

The cut-off for IBPS SO is given below:

IBPS has conducted the IBPS SO Prelims Exam on 29th Dec 2019 and the level of the examination was moderate. We have collected the exam analysis from the students who have appeared for Rajbhasha Adhikari, Agriculture Field Officer, IT and HR Officer. You can check the detailed IBPS SO Prelims exam analysis for details about the level of the examination’s each section and types of questions asked:

Q.  What is the salary of a person appointed as a Specialist Officer in IBPS?

Q.  What is the age limit for a candidate applying for the IBPS SO exam?

Ans. The age limit for a candidate applying for the IBPS SO exam is 30 years.

Q.  For which post is the IBPS SO exam conducted?

Ans. Yes! the IBPS SO exam is bilingual.