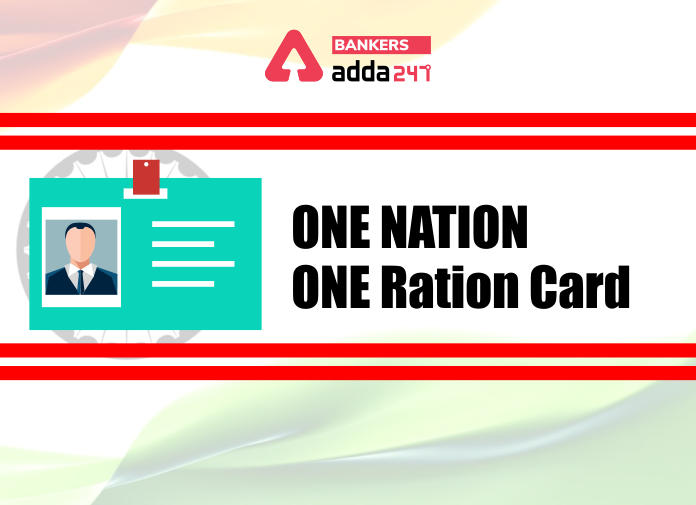 The Prime Minister Narendra Modi in his address to the nation on 30 June, mentioned that the one nation one rataion card will be implemented soon and this will enable the poor and migrant workers to get foodgrains irrespective of the state they are from and the state they work in. Earlier Finance Minister Nirmala Sitharaman announced the rapid implementation of scheme of ration card portability under “One Nation One Ration Card” for migrant workers to help the families get food grains with ease in any-state in India irrespective of the place to which their ration card belongs to. This announcement was made in the second tranche of the 20 Lakh Crore Financial Stimulus to boost the economy and help the citizens amid COVID-19 Pandemic. Ministry of Consumer Affairs, Food & Public Distribution released a press release on pib.gov.in on the Implementation of ‘One Nation, One Ration Card’ Scheme on 20 March 2020

Implementation of ‘One Nation, One Ration Card’ Scheme- Download PDF

The following is the content of the press release:

“Under PDS reforms, a scheme on “Integrated Management of Public Distribution System (IM-PDS)” is being implemented w.e.f. April 2018 in all States/UTs. The main objective of the scheme is to introduce nation-wide portability of ration card holders under National Food Security Act, 2013 (NFSA), through ‘One Nation One Ration Card’ system. This system enables the migratory ration card holders to lift their entitled food grains from any Fair Price Shop (FPS) of their choice in the country by using their existing/same ration card issued in their home States/ UTs after biometric authentication on electronic Point of Sale (ePoS) devices installed at the FPSs. So far, the facility of inter-State/national portability under One Nation One Ration Card plan has been made functional in 12 States. Further, integration of remaining States/ UTs depends on their readiness to implement the same.”

One Nation One Ration Card

The One Nation One Ration Card will provide access to foodgrain to migrant families irrespective of where are are – whichever state or UT they are in – can avail ration. Finance Minister said that the scheme has been already rolled out 83% so far and they aim to get it to 100% by March 2021.

This scheme will help people access ration under Public Distribution System (PDS) from any fair price shop in the country. govt has also announced 2 months of free additional ration will be provided to migrants, including those who do not have any official ration card. Estimated amount of Rs 3,500 crore will be spent on the same as part of the Rs 20 lakh crore mega economic relief package.

What is a Ration Card?

Ration Card is a document or a card issued by the state government (under the Public Distribution System) to help families in purchase of essential commodities from fair price shops.

Distinctive or separate rations cards are provided to people in different categories- Above Poverty Line, Below Poverty Line and Antyodaya families and conduct periodical review and checking of Ration Cards.