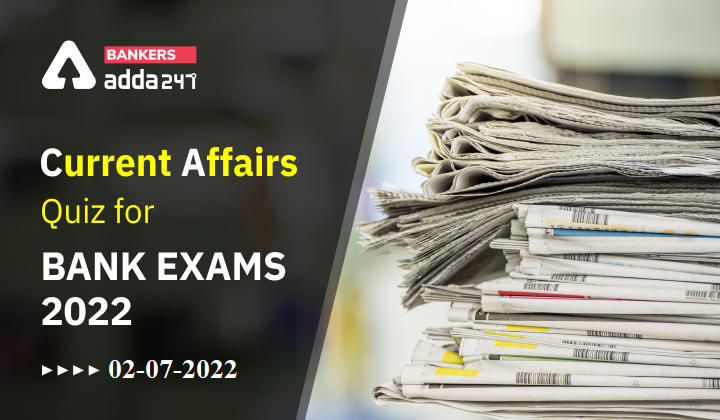 Q2. Which of the following country has applied to become a member of group of emerging countries, BRICS?
(a) Iraq
(b) Pakistan
(c) Iran
(d) Qatar
(e) South Korea

Q7. Ambika Rao, who passed away, was associated with which profession?
(a) Journalism
(b) Writing
(c) Acting
(d) Comic art
(e) Archaeology

S1. Ans.(e)
Sol. Karnatka government has launched the ‘Kashi Yatra’ scheme. The Kashi Yatra project, which offers a cash assistance of Rs 5,000 to each of the 30,000 pilgrims willing to conduct a pilgrimage to the Kashi Vishwanath Temple in Varanasi, Uttar Pradesh.

S3. Ans.(b)
Sol. Bajaj Allianz General Insurance announced the launch of a new health insurance product ‘Global Health Care’. A comprehensive health indemnity insurance product that provides cover to a policyholder for planned as well as an emergency treatment both in India and abroad.

S5. Ans.(c)
Sol. Markets regulator Securities and Exchange Board of India (SEBI) has imposed a penalty of Rs 7 crore on the National Stock Exchange (NSE).

S9. Ans.(e)
Sol. NITI Aayog and Technology Information, Forecasting and Assessment Council (TIFAC) in a report have optimistically forecast 100 per cent penetration of electric two-wheelers in the Indian market by FY2026-27.

S11. Ans.(c)
Sol. The 9th Army to Army Staff Talks (AAST) between the Australian Army and Indian Army were conducted in Dehradun.

S12. Ans.(b)
Sol. Ferdinand Marcos Jr, the son of late dictator Ferdinand Marcos Sr, won the elections on 9th May with 31.6 million votes and was swore as the 17th President of the Philippines.

S14. Ans.(e)
Sol. The Chartered Accountants’ Day or CA Day is held on 01 July every year in India. It is also known as ICAI Foundation Day.

S15. Ans.(d)
Sol. Credit card spending has crossed Rs 1.13 lakh crore in May compared to Rs 1.05 lakh crore in the previous month according to official data.