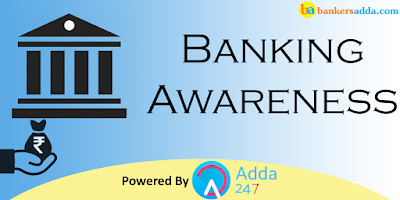 Q1. An account for which a bank acts as an uninterested third party is termed as?
(a) Savings Account
(b) Current Account
(c) Reserve Account
(d) Escrow Account
(e) Fixed Account
Q2. A signed undertaking from one party containing a promise to pay a stated sum to a specified person or a company is known as ________
(a) Power of Attorney
(b) Promissory Note
(c) Purchasing Power Parity
(d) Plastic Notes
(e) None of the given options is true
Q3. Which of the following is defined as the difference between current assets and current liabilities?
(a) Venture Capital
(b) Working Capital
(c) Equitable Mortgage
(d) Loss Assets
(e) Profit and Loss Account
Q4. A debt which is irrecoverable and is therefore written off as loss in the accounts of an institution or bank is known as __________
(a) external debt
(b) good debt
(c) bad debt
(d) internal debt
(e) None of the given options is true
Q5. Many a time we read in the newspapers that RBI has changed or revised a particular ratio/rate by a few basis points. What is basis point?
(a) Ten percent of one-hundredth point
(b) One-hundredth of 1%
(c) One-hundredth of 10%
(d) Ten percent of 1000
(e) None of the given options is true

Q11. A centralised database with online connectivity to branches and Internet as well as ATM Network which has been adopted by almost all major banks of our country is known as_________
(a) Investment Banking
(b) Mobile Banking
(c) Specialised Banking
(d) Core Banking Solution
(e) None of the given options is true
Q12. Which of the following is the purpose of introducing “Know Your Customer” norms by the banks?
(a) Identifying people who do not pay Income Tax
(b) To bring more and more people under the banking net
(c) To ensure that the money deposited in banks has come from genuine sources
(d) All of the Above
(e) None of the given options is true 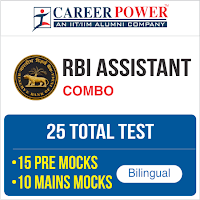