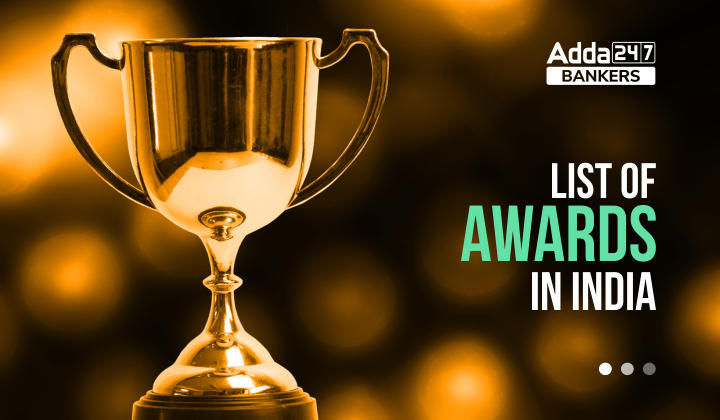 List Of Awards In India:  Awards play an important role in encouraging individuals in society to do better in every walk of life. The national award in India is awarded by the government of India to people for their exceptional service or performance in different fields irrespective of their age, caste, occupation, religion, etc. Some of these awards are so famous that everybody dreams of getting them. Today in this post, we are going to discuss all the important Awards of India.

The civilian award are the awards that are given to recognised personality for their outstanding achievements in their field of work, and it includes Bharat Ratana, Padma Vibhushan, Padma Bhushan, and Padma Shri. These awards are presented to the respective recipients by the President of India on Republic Day. Awards are awarded to an individual who has done par excellence or attained achievements in their respective fields. The inception year of these Civilian awards is 1954. In the provided table, Civilian Awards are categorized according to the degree of honour.

The Bharat Ratana is the highest civilian award of the country. Instituted on 2nd January 1954, the award is conferred in recognition of their exceptional service in any field. The recommendations are made by the Prime Minister of India to the President. The Bharat Ratna is first awarded in 1964 to Dr Sarvapalli Radhakrishnan, Dr CV Raman, and Chakravarti Rajagopalachari.

The Padma Bhushan represents the third highest civilian award in the Republic of India, preceded by the Bharat Ratna and the Padma Vibhushan and followed by the Padma Shri. The award recognizes distinguished service of a high order to the nation, in any field.

The Gallantry Awards are announced twice in a year, First on the occasion of Independence day and then on the occasion of republic day. Gallantry Awards have been instituted by the Government of India to honour the acts of bravery and sacrifice of the personnel of the Armed Forces, other lawfully constituted Forces and civilians. Here candidates can check all the gallantry awards of the country.

Sports awards in India are given by the Ministry of Youth Affairs and Sports. It is done so as to enhance the player’s spirit and recognize his or her achievements. They are presented by the President of India in the same ceremony at the Presidential Palace, usually on 29 August. Here we have provided all the National Sports Awards of India.

India has several National Awards across various categories such as civilian awards, gallantry awards, sports awards, cinema awards, and literature awards. Here, we discuss some other national awards of India.

Q1. Which is the highest civilian award in India?

Ans. Bharat Ratana is the highest civilian award in India.

Q2. How many awards are in India?

Ans. Candidates can check the list of awards in India in the given above article.