New Seven Wonders of the World

New Seven Wonders of the World campaign was stated in the year 2000 to choose a new list of New7wonders of the world from a selection of 200 existing monuments. These new seven wonders were announced on 7 July 2007 in Lisbon, Portugal after a poll led by Canadian-Swiss Bernard Weber and organized by the New7Wonders Foundation based in Zurich, Switzerland. 100 million votes were cast through the Internet or by telephone in the poll by the organisation worldwide.

Here is the complete list of Seven Wonders of the World with the places they are situated in and some facts about them.

Details About New Seven Wonders of the World 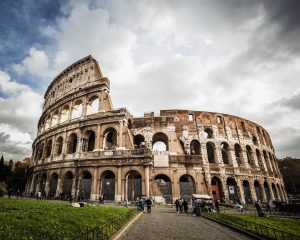 The Colosseum (or Coliseum) is also known as the Flavian Amphitheatre is a magnificent amphitheater built in Rome, and was opened in A.D. 80 by Vespasian’s son Titus for 100 days of games, including gladiatorial combats and wild animal fights. It is one of the most popular tourist destination although two-thirds of the original structure has been destroyed over time. 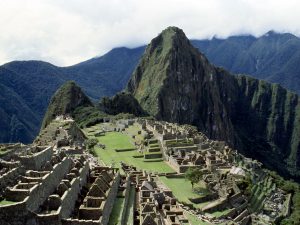 Machu Picchu is an Incan site near Cuzco in Peru and was “discovered” in 1911 by Hiram Bingham. He believed it was Vilcabamba, a secret Incan stronghold used during the 16th-century rebellion against Spanish rule. It is amongst few renowned major pre-Columbian ruins found nearly intact. 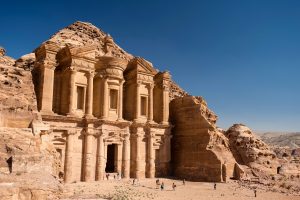 Petra also known as Raqmu or Rose City because of its colour and is an astonishing historical and archeological city in southern Jordan. It is believed that the city of Petra was established as a trading post by the Nabataean, an Arab Bedouin tribe indigenous to the region in what is now southwestern Jordan. Petra’s geographical location makes it hub of commerce in the area back at that time as it is situated about 150 miles south of both Jerusalem and Amman, the capital of Jordan, and about midway between Damascus, Syria, and the Red Sea. 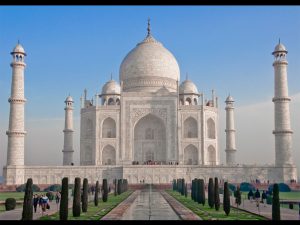 Taj Mahal is mausoleum complex made of marble in Agra, India and one of the finest example of the Mughal Architecture. It was constructed by Emperor Shah Jahān (reigned 1628–58) to honor his wife Mumtāz Maḥal- “Chosen One of the Palace”, who died in 1631 giving birth to their 14th child. It is believed that the project Taj Mahal was made possible by 20,000 artisans under the guidance of a board of architects who were experts at that time. 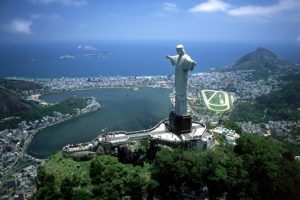 Christ the Redeemer Statue or Cristo Redentor is Art Deco-style statue of Jesus, stands atop Mount Corcovado in Rio de Janeiro. It is 130-foot reinforced concrete-and-soapstone statue and was designed by Heitor da Silva Costa and cost approximately $250,000 to build, much of which was raised through donations. It weighs 635 metric tons and located on the peak of Corcovado mountain in the Tijuca Forest National Park overlooking the city of Rio. 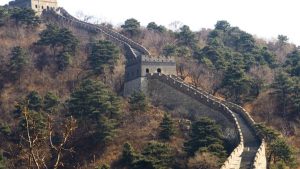 The Great Wall of China is an engineering marvel and it is widely thought to be about 5,500 miles (8,850 km) long but this is disputed as the Chinese claims the length is 13,170 miles (21,200 km). The work to construct Great Wall of China began in the 7th century BCE and continued for two millennia. The agenda behind this magnificent structure was related to defence, border control, imposing duties on silk road trade and regulation of trade and emigration that time. 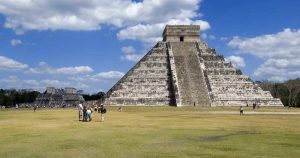 Chichen Itza is a Mayan city in Mexico. it is situated on the Yucatán Peninsula which flourished in the 9th and 10th centuries C.E. It is also believed that Chichen Itza is one of the mythical great cities, or Tollans, referred to in later Mesoamerican literature. The ruins in the city features religious temples of Maya Civilization that also includes the Temple of Kukulkán which has 365 steps, one for each day in the Haab solar calendar.

Seven Wonders of the Ancient World