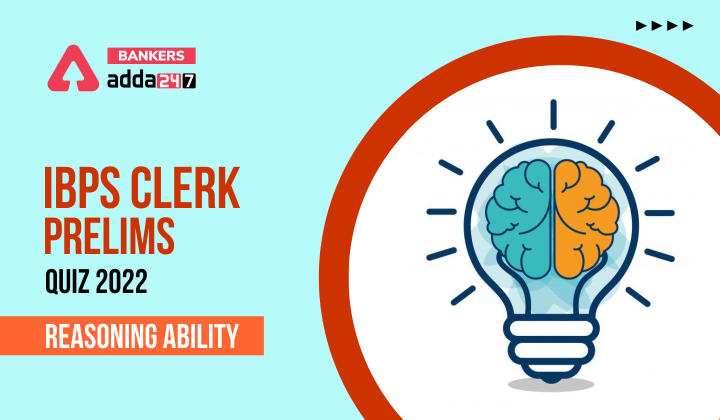 Q4. Which of the following book is published immediately before the day on which the book G is published?
(a) A
(b) B
(c) G
(d) F
(e) None of these

Directions (6-10): Answer the questions based on the information given below:
Nine players A, B, C, D E, U, V, W and X join club on same date of different months (February, April, May, June, July, August, September, October and November) in the same year.
X joins two months after W who doesn’t join in any month having 31 days. Two players join between W and B. Number of players join before B is equal to the number of players join after D. E joins at least three months after D. C joins immediately before V. U doesn’t join in July. W does not join in June.

Q12. Which of the following statement is correct?
(a) E lives just before A’s floor
(b) C lives on lowermost floor
(c) Equal number of persons live above and below A’s floor
(d) F lives on even numbered floor
(e) All of the above 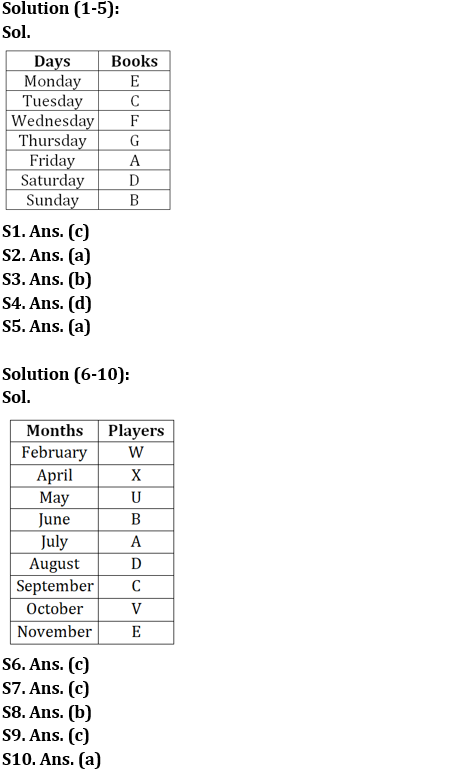 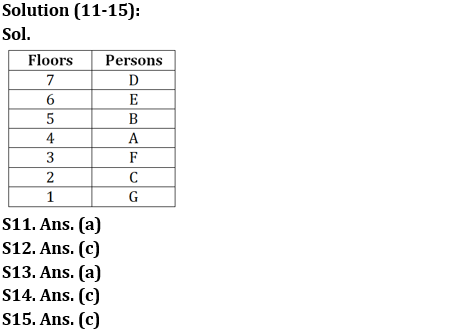