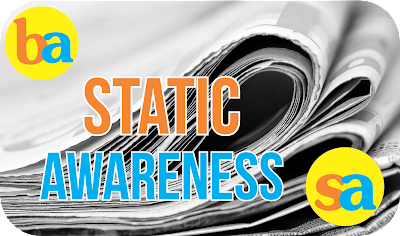 Q1. Baku is the capital city of which country?
(a) Azerbaijan
(b) Kazakhstan
(c) Kyrgyzstan
(d) Uzbekistan
(e) Afghanistan

Q2. Which Indian region is the only place in the world where the Asiatic Wild Ass is found?
(a) Sunderban
(b) Leh and Ladakh
(c) Coromandel
(d) Rann of Kachchh
(e) None of the above
Q3. Which among the following is the largest Buddhist monastery in India?
(a) Ghum monastery (West Bengal)
(b) Rumtek monastery (Sikkim)
(c) Twang monastery (Arunachal Pradesh)
(d) Kursha monastery (Jammu & Kashmir)
(e) None of the above
Q4. Which Indian state is the largest producer in the world of the golden coloured ‘Muga’ silk?
(a) Assam
(b) Orissa
(c) West Bengal
(d) Karnataka
(e) Manipur
Q5. Raj Nath Singh is current Home Minister in Narender Modi government. His constituency Situated at?
(a) Bhopal (M.P)
(b) Varanasi (U.P)
(c) Patna (Bihar)
(d) Jalandhar (Punjab)
(e) Lucknow (U.P)
Q6. Who is the governor of Andhra Pradesh?
(a) V. Shanmuganthan
(b) E.S Lakshmi Narasimhan
(c) Banwarilal Purohit
(d) Ram Nath Kovind
(e) None of the above
Q7. Dachigam Wildlife Sanctuary  is situated in which of the followingIndian state?
(a) Uttarakhand
(b) Haryana
(c) Jammu and Kashmir
(d) Rajasthan
(e) Uttar Pradesh
Q8. Capital of Afghanistan is?
(a) Tirane
(b) Kabul
(c) Luanda
(d) Yerevan
(e) None of the above
Q9. Ahmedabad is also known as…..
(a) Abode of the God
(b) Land of Black Diamond
(c) Boston of India
(d) City of Prime Ministers
(e) Pensioners Paradise
Q10. Which city is served by Rajiv Gandhi International Airport?
(a) Ahmedabad
(b) Kochi
(c) Kozhikode
(d) Hyderabad
(e) Guwahati
Q11. NRI Day is observed on which of the following date?
(a) May 8
(b) February 24
(c) March 18
(d) April 17
(e) January 9
Q12. Wankhede Stadium is in wich of the following city?
(a) Mumbai, Maharashtra
(b) Chennai, Tamil Nadu
(c) Kolkata, West Bengal
(d) Delhi
(e) Pune, Maharashtra
Q13. Name of the parliament of Australia is……
(a) Shora
(b) Federal Parliament
(c) People’s Assembly
(d) National People’s Assembly
(e) National Assembly
Q14. Nizam Sagar Dam is in which of the following state?
(a) Madhya Pradesh
(b) Telangana
(c) Bihar
(d) Karnataka
(e) Maharashtra
Q15. Narora Atomic Power Station is in which of the following Indian state ?
(a) Uttar Pradesh
(b) Rajasthan
(c) Tamil Nadu
(d) Maharashtra
(e) Karnataka
Solutions

S2. Ans.(d)
Sol. Indian Wild Ass Sanctuary also known as the Wild Ass Wildlife Sanctuary is located in the Little Rann of Kutch in the Gujarat state of India. It is the largest wildlife sanctuary in India. The sanctuary is one of the last places on earth where the endangered wild ass sub-species Indian Wild Ass (Khur) belonging to Asiatic Wild Ass species Onager can be spotted.

S3. Ans.(c)
Sol. Tawang Monastery, in the Indian state of Arunachal Pradesh, is the largest monastery in India and second largest in the world after the Potala Palace in Lhasa, Tibet. It is situated in the valley of the Tawang River, near the small town of the same name in the northwestern part of Arunachal Pradesh.

S4. Ans.(a)
Sol. Muga silk is a variety of wild silk geographically tagged to the state of Assam in India. The silk is known for its extreme durability and has a natural yellowish-golden tint with a shimmering, glossy texture. It was previously reserved for the use of royalty.

S5. Ans.(e)
Sol. Rajnath Singh is an Indian politician belonging to the Bharatiya Janata Party (BJP) who currently serves as the Home Minister of India. He previously served as the Chief Minister of the state of Uttar Pradesh and as a Cabinet Minister in the Vajpayee Government. He has also served as the President of the BJP twice, 2005–2009 and 2013–2014.

S6.  Ans.(b)
Sol. Ekkadu Srinivasan Lakshmi Narasimhan is an Indian political figure who has been the Governor of Andhra Pradesh since December 2009. He assumed office as the Governor of Telangana on 2 June 2014.

S7. Ans.(c)
Sol. Located in the state of Jammu and Kashmir, Dachigam Wildlife Sanctuary was established in 1910. The sanctuary is located in the western Himalayas and is home to a wide variety of flora and fauna with grasslands, pastures, meadows with rocky cliffs and rocky outcrops. Leopard, Musk Deer, Himalayan Black Bear, Himalayan Brown Bear and Otter etc. are few of the many species that are found here.

S8. Ans.(b)
Sol. Afghanistan officially the Islamic Republic of Afghanistan, is a landlocked country located within South Asia and Central Asia.  It is bordered by Pakistan in the south and east; Iran in the west; Turkmenistan, Uzbekistan, and Tajikistan in the north; and China in the far northeast.Kabul is the capital of Afghanistan as well as its largest city, located in the eastern section of the country. Afghani is the currency of Afghanistan.

S9. Ans.(c)
Sol. Ahmedabad is listed after Mumbai in being called as industrial center. Ahmedabad is known as the Boston of east. It is one of the most beautiful cities in India. Ahmedabad also called as Amdavad is the largest city and former capital of the western Indian state of Gujarat.

S10. Ans.(d)
Sol. Rajiv Gandhi International Airport is an international airport that serves Hyderabad, the largest city in the Indian state of Telangana. It is located in Shamshabad, about 20 kilometres south of Hyderabad

S11.  Ans.(e)
Sol. Pravasi Bharatiya Divas (English: Non-Resident Indian Day), is celebrated in India on 9 January each year to mark the contribution of the overseas Indian community to the development of India. The day commemorates the return of Mahatma Gandhi from South Africa in Bombay on 9 January 1915.

S12.Ans.(a)
Sol. Mumbai, the cricket capital of India, has seen Test matches played at three different grounds. The Bombay Gymkhana ground hosted the first ever Test in India, in 1933-34 against England. The Wankhede Stadium is a cricket stadium in Mumbai, Maharashtra.

S14. Ans.(b)
Sol. Nizam Sagar Dam is an Indian dam. It is a reservoir constructed across the Manjira River, a tributary of the Godavari River, between Achampet and Banjapalle villages of the Nizamabad district in Telangana, India.