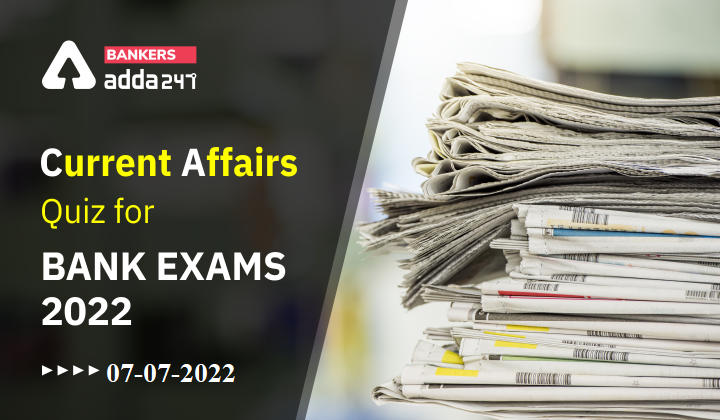 Q3. Tata Power has signed an MoU with which state to invest about Rs 3,000 crore to set up solar cell, and module manufacturing unit in the state?
(a) Odisha
(b) Kerala
(c) Tamil Nadu
(d) Madhya Pradesh
(e) Gujarat

Q8. What is the name of the one-stop portal for all CBSE exam activities launched by CBSE Board ?
(a) Diksha Vidya
(b) OneExam
(c) ePariksha
(d) Pariksha Sangam
(e) eVidya Sangam

Q12. Who among the following won the top mathematics prize, the Fields Medal 2022?
(a) Maryna Viazovska
(b) Hugo Duminil-Copin
(c) June Huh
(d) James Maynard
(e) All of the above

Q15. Which state has topped in the state ranking for implementation of the National Food Security Act (NFSA) through ration shops?
(a) Andhra Pradesh
(b) Uttar Pradesh
(c) Kerala
(d) Odisha
(e) Jharkhand

S3. Ans.(c)
Sol. Tata Power has signed an MoU with the Tamil Nadu Government to invest about Rs 3,000 crore for setting up a greenfield 4GW Solar Cell and 4GW Solar Module manufacturing plant in Tirunelveli District of Tamil Nadu.

S4. Ans.(a)
Sol. Singapore-based IGSS Ventures (a leading player in the semiconductor technology space) has proposed to invest ₹25,600 crores in Tamil Nadu over the next five years to set up a semiconductor fab unit and a semiconductor high-tech park.

S6. Ans.(a)
Sol. Tarun Majumdar was the recipient of the prestigious Padma Shri Award in 1990.

S8. Ans.(d)
Sol. The CBSE Board launched a portal called ‘Pariksha Sangam’, a one-stop portal for all CBSE board exam activities.

S9. Ans.(b)
Sol. The Rampa or Manyam Rebellion of 1922 continued in the form of a guerrilla war until May 1924, when Raju, the charismatic ‘Manyam Veerudu’ or Hero of Jungle, was finally captured and executed.

S15. Ans.(d)
Sol. Odisha has topped in the state ranking for implementation of the National Food Security Act (NFSA) through ration shops, followed by Uttar Pradesh and Andhra Pradesh.