Skip to content
Latest Banking jobs   »   Current Affairs 2nd August 2019 |...
Dear Aspirants,
General awareness section is the most important part of every competitive exam it can help you score well in the exam if you are updated with all the current news. Banking Awareness, Static GK and the current news are the parts that make the GA section complete. It is important to know what is happening in and outside of India. GK updates are incorporated with the important news that made the headlines today. It is the complete bag of the important news that held all day long. One should have complete knowledge about the banking terms, current affairs news, etc. So, here is the GK update of 1st August to help you prepare the Current affairs part.

1. KABIL set up to ensure supply of critical Minerals to Indian market

i. Bureau of Indian Standards (BIS) in collaboration with Ladakh Autonomous Hill Development Council (LAHDC) will work together to promote the pashmina products at the high-level market for the proper value of this fine product of pashmina (Lena-Ladakhi).
ii. Ladakh region and parts of Himachal and Kashmir have world-class Pashmina production.

i. Ministry of Information & Broadcasting has launched a competition for designing a Postage Stamp along with the First Day Cover to commemorate Golden Jubilee edition of International Film Festival of India (IFFI).
ii. International Film Festival of India (IFFI) started way back in 1952, is an ‘A’ grade film festival accredited to the International Federation of Film Producers’ Associations (FIAPF) and is one of the oldest and most prestigious festivals in Asia.
iii. IFFI showcases a collage of the best of contemporary and classical films from around the globe.

i. The Innovating for Clean Air (IfCA), is a UK-India joint initiative providing Indian and UK stakeholders opportunities to test interventions related to air quality and EV integration, was launched in Bengaluru.
ii. This initiative provides a unique measurement system for air quality by integrating satellite and sensor data, and helping to support India’s transition to electric vehicles”. The programme is led by Innovate UK — part of UK Research and Innovation (UKRI).

i. Culture and Tourism Minister flagged off a mobile library bus service which aims to reach out to readers in Delhi, especially those in slums, resettlement colonies and rural areas.
ii. The  5 buses mobile library service was launched under the “Ghar Ghar Dastak Ghar Ghar Pustak” Scheme of the Delhi Public Library (DPL).

i. One Nation-One Ration Card scheme launched on a pilot basis in Telangana, Andhra Pradesh, Maharashtra and Gujarat.
ii. Families who have food security cards can buy subsidized rice and wheat from any ration shop in these states. Their ration cards should be linked with Aadhar Number to avail this service.
Static/Current Takeaways Important For SBI Clerk Main 2019:
7. West Bengal launches awareness campaign ‘Save Green, Stay Clean’

i. The West Bengal Government has launched an awareness campaign ‘Save Green, Stay Clean’ for preserving the greenery and keeping the environment clean.
ii. The State Government will distribute more than 1 lakh saplings throughout the state for spreading of greenery. 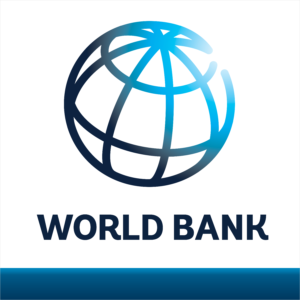 i. According to the World Bank, India has been pushed to the 7th place in the global GDP rankings in 2018. In 2017, India had emerged as the 6th largest economy.
ii. The US remains the top economy with a GDP of $20.5 trillion in 2018. China was the 2nd largest economy with $13.6 trillion, while Japan took the 3rd place with $5 trillion.
iii. India’s GDP was at $2.7 trillion in 2018, while UK and France were at $2.8 trillion.
India still remains the fastest-growing major economy in the world.

i. IAS Officer Guruprasad Mohapatra assumed charge as the secretary of the Department for Promotion of Industry and Internal Trade.
ii. Prior to taking over as secretary of DPIIT, he served as chairman of the Airports Authority of India (AAI).
iii. Mohapatra replaces Ramesh Abhishek, who has retired.
11. Ravi Capoor assumes Charge as Secretary Textiles

i. Ravi Capoor, an Indian Administrative Service (IAS) officer, assumed charge of the office of Secretary, Ministry of Textiles in New Delhi.
ii. Ravi Capoor has vast experience of working in international agencies like the World Bank, European Union, United Nations, Department for International Development in the Primary Education Project with Government of India.

12. Atish Dabholkar appointed as the new director of ICTP

i. Atish Dabholkar, a theoretical physicist from India, has been appointed as the new director of Abdus Salam International Centre for Theoretical Physics (ICTP) in Trieste, Italy. He will succeed Fernando Quevedo, who has led the centre since 2009.

i. Indian journalist Ravish Kumar has been awarded the 2019 Ramon Magsaysay Award for “harnessing journalism to give voice to the voiceless”.
ii. The Magsaysay award was started in 1957 and celebrates the memory and leadership example of the former Philippine president Ramon del Fierro Magsaysay.
iii. It is given every year to individuals or organisations in Asia who manifest the same selfless service and transformative influence that ruled the life of the late and beloved Filipino leader.
iv. Ramon Magsaysay Award is regarded as the Asian version of the Nobel Prize. The awardees are presented with a medallion with a right side facing profile image of Ramon Magsaysay along with a certificate.
v. The other winners of the award are:
Science and Technology

i. Veteran actor Russi Taylor, who voiced Disney’s Minnie Mouse for more than 30 years, has passed away.
ii. The artiste also lent her voice to roles on other classic TV animated series like “TaleSpin”, “The Little Mermaid”, “Buzz Lightyear of Star Command” and “Kim Possible”. Taylor was named a Disney Legend in 2008.
Miscellaneous

i. 143rd birth anniversary of freedom fighter Pingali Venkayya celebrates on 2nd of August. Pingali Venkayya, a freedom fighter and the designer of the flag on which the Indian national flag was based was born on this day in 1876, near Machilipatnam in Andhra Pradesh.
ii. Venkayya’s design for the National Flag was finally approved by Mahatama Gandhi in a Congress meeting in Vijayawada in 1921.
Preparing For SBI Clerk Main 2019? Don’t miss GA Power Capsule
हिंदी में पढ़े
More Current Affairs Show
Practice Current Affairs & Banking Quiz