i. The Greater Hyderabad Municipal Corporation was awarded Best Capital City in the Solid Waste Management in the Swachh Survekshan 2018 rankings.
ii. The GHMC was also at the 27th place among 4,041 cities.
3. Centre Approves Rs 1,146.12 cr Cyclone ‘Gaja’ Assistance for Tamil Nadu 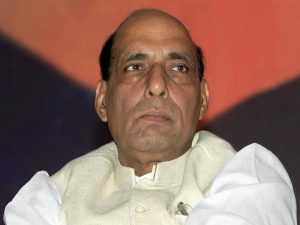 i. Pakistan’s cabinet has approved the issuance of first-ever renminbi-denominated ‘Panda Bonds’ to raise loans from China’s capital markets, as the country moved a step forward to give the Chinese currency status at par with the US dollar.
ii. The Finance Ministry did not seek the Cabinet’s nod for the size of the bond, but it expects to raise $500 million to $1 billion in various tranches.

i. Banks have seen a significant improvement in recovery of stressed assets helped by the Insolvency and Bankruptcy Code (IBC) and amendments in the Securitisation and Reconstruction of Financial Assets and Enforcement of Security Interests (SARFAESI) Act, during FY18, according to the RBI data.
ii. In the fiscal ended March 2018, banks recovered Rs 40,400 crore worth of bad loans as against Rs 38,500 crore recovered in FY17. The various channels through which lenders recovered their bad loans include the Insolvency and Bankruptcy Code (IBC), SARFAESI Act, debt recovery tribunals (DRTs) and Lok Adalats.
Static/Current Takeaways Important For IBPS Clerk Mains Exam 2018:

8. ESAF SFB Gets RBI Nod To Operate As Scheduled Bank

i. ESAF small finance bank has got RBI approval to operate as a scheduled bank. This makes ESAF small finance bank (SFB) the fifth scheduled bank from Kerala.
ii. ESAF microfinance institution, started in 1992, was one among the ten applicants to receive approval from RBI to start banking operations in 2016.
Static/Current Takeaways Important For IBPS Clerk Mains Exam 2018:

i. The third edition of women’s national boxing championships begins in Vijayanagara, Karnataka. Country’s top boxers will be vying for top honors as the tournament will be held at the JSW Sports-owned Inspire Institute of Sport.
ii. World Championship silver and bronze medallists boxers, Sonia Chahal, Lovlina Borgohain, Pinky Jangra and Nikhat Zarin will be trying to upstage one another in the race to claim the top honors.
Static/Current Takeaways Important For IBPS Clerk Mains Exam 2018:
10. Smriti Mandhana Named ICC Women’s Cricketer of the Year

Books and Authors
11. Book ‘Early Indians: The Story of Our Ancestors and Where We Came From’ By Tony Joseph Released

i. The book titled “Early Indians: The Story of Our Ancestors and Where We Came From” written by Tony Joseph was released.
ii. The book talks about the migration of the First Indians also known as ‘Aryans’ who arrived here 65,000 years ago. 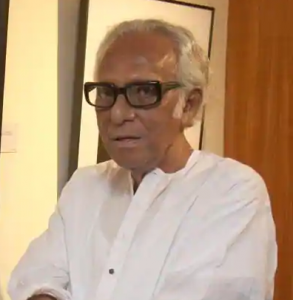 i. Legendary filmmaker Mrinal Sen passed away at the age of 95 in Kolkata. He was a Padma Bhushan and Dada Saheb Phalke awardee.
ii. A recipient of 12 international film awards including Cannes Film Festival, Mrinal Sen was also a member of the Indian People’s Theatre Association.

i. Norman Gimbel, the Oscar and Grammy-winning lyricist, has passed away at the age of 91. Gimbel’s work included Killing Me Softly With His Song – recorded by Roberta Flack, the Fugees and others – and the theme to TV series Happy Days.
ii. Norman Gimbel was born in Brooklyn. In 1984 Gimbel was inducted into the Songwriters Hall of Fame.