i. Atal Innovation Mission (AIM), is an initiative of NITI Aayog is all set to launch a new program for community innovation in New Delhi.
ii. The Director of AIM Mission is R Ramanan.
iii. The main purpose of this new initiative is to make innovation ecosystem socially inclusive as well as to ensure equitable distribution of infrastructure for innovation across the country to encourage the spirit of innovation.
iv. This new program has been specifically designed for underserved, unserved regions of Tier 1 or Metro cities, Tier 2 and Tier 3 cities, Smart Cities, Aspirational districts, North-East, Jammu and Kashmir as well as the rural and tribal regions of India.
v. This program will be jointly inaugurated by Union Minister of Human Resource and Development Ramesh Pokhriyal ‘Nishank’  and Minister of Petroleum, Natural Gas and Steel Shri Dharmendra Pradhan.

i. Indian Railways ‘Northeast Frontier Railway zone’ has started a unique initiative to earmark a special portion of the SLR coach with pink colour.
ii. This is done to specially help the women passengers with better safety and security.
iii. 8 trains in Rangiya division of the Northeast Frontier Railway have begun operations with some pink coaches. 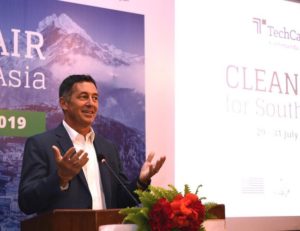 i. The U.S. Embassy in Nepal has organized a South Asia Air Quality Tech Camp in Kathmandu.
ii.The aim of camp is to address political, social, and scientific facets of the problem and improve the ability of civil society, media, and other influencers to engage governments, empower the public and take action to improve air quality in South Asia.

5. RBI relaxed norms for end-use of money raised through ECBs

i. The Reserve Bank of India has relaxed norms for end-use of money raised through external commercial borrowings for corporates as well as liquidity starved non banking lenders.
ii. The liberalisation will be applicable to ECBs taken for working capital, general corporate purpose loans or repayment of rupee loans. 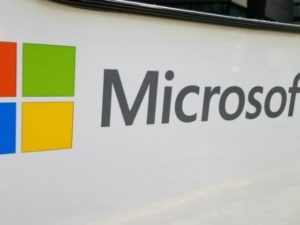 i. India has signed a deal worth around Rs 1,500 crore to acquire R-27 air-to-air missiles from Russia to be equipped on the Su-30MKI combat aircraft.
ii. The R-27 missile is a medium-to-long-range air-to-air missile for MiG and Sukhoi series of fighter jets.
8. India, Mozambique sign 2 MoUs

i. India, Mozambique sign 2 MoUs to strengthen defence cooperation.
ii. The two MoUs include an agreement on sharing white shipping information and another on co-operation in the field of Hydrography.
iii. The documents were signed following a meeting between Defence Minister Rajnath Singh and his Mozambican counterpart Atanasio Salvador M’tumuke.
iv. Rajnath Singh is currently on his first official visit abroad as the Defence Minister to the African country.
v. This is also the first time a Defence Minister has visited Mozambique. 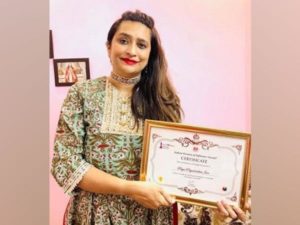 i. Eminent fashionista, social entrepreneur and philanthropist Priya Priyadarshini Jain has been felicitated with the prestigious ‘Indian Woman of Influence’ award at the House of Lords, the United Kingdom Parliament, London.
ii. Priyadarshini Jain for it also marked the grand launch of coffee table book on ’50 most influential Indian women worldwide’ featuring her as one of the most prominent personalities from India.
Summit & Conferences

i. The 22nd National Conference on e-Governance will be held in Shillong, Meghalaya. The theme of the conference is ‘Digital India: Success to Excellence’.
ii. The Department of Administrative Reforms and Public Grievances (DARPG), in association with the Ministry of Electronics and Information Technology and the Meghalaya government will organise the 22nd National Conference.
Obituaries

i. Former RBI Deputy Governor and Noted economist Subir Vithal Gokarn passed away.
ii. He had the distinction of being the youngest RBI Governor at the time.
iii. Gokarn was also Chief Economist of Standard & Poor’s Asia-Pacific and Chief Economist of CRISIL.
iv. He was appointed as Executive Director on the board of the IMF in 2015.
Sports

i. Prithvi Shaw has been suspended by Board of Control for Cricket in India for 8 months for a doping violation.
ii. Shaw was charged with the commission of an Anti-Doping Rule Violation (ADRV) under the BCCI Anti-Doping Rules.
14. ICC names two new umpires in elite panel for 2019-20

i. The International Cricket Council has named Michael Gough of England and Joel Wilson of the West Indies in the Emirates ICC Elite Panel of Umpires for 2019-20 season.
ii. They will replace retired umpire Ian Gould and Ravi Sundaram who were part of the previous panel.
Static/Current Takeaways Important For SBI Clerk Mains:
15. Venugopal Rao announces retirement from all forms of cricket 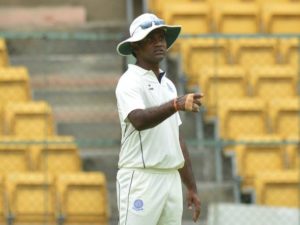 i. Former India player and Andhra Ranji captain, Y. Venugopal Rao has announced his retirement from all forms of cricket.
ii. He was the 2nd player to play for India from Andhra. He played for India in 16 ODIs and was also a member of the India under-19 World Cup-winning team in 2000. 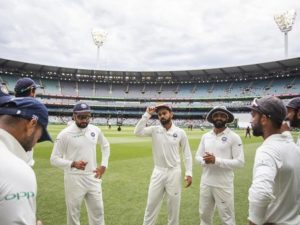 i. The International Cricket Council has launched the inaugural World Test Championship thus setting the stage for a long tournament in red-ball cricket to determine the World Test Champion.
ii. It can also be inferred as the ‘World Cup’ of red-ball cricket. Some important facts about the tournament:
Static/Current Takeaways Important For SBI Clerk Mains:
Miscellaneous

i. Infosys announced the launch of its state-of-the-art Cyber Defence Center in Bucharest, Romania.
ii. The Defence Center is an expansion of services delivered through the Infosys Digital Innovation Center.
iii. The Center will provide end-to-end, real-time, 24/7 cybersecurity monitoring and protection services to support European and global businesses on their digital transformation journey.

i. Pakistan has opened a 1,000 year old Hindu temple in eastern city Sialkot for worship for the first time since partition on the demand of the local Hindu community.
ii. The Shawala Teja Singh temple, located in city’s congested Dhaarowal locality, some 100 km from Lahore, is more than 1,000 years old, according to the book ‘History of Sialkot’ by the late Rashid Niaz.