Football is the one truly global sport, the World Cup its biggest festival. Every four years, it serves up an intoxicating cocktail of nationalism and sport. Even non-partisans like us Indians lap it up, even though our national team, ranked 97th, has no hope of being part of this carnival in the (1) foreseeable future. Over the next one month and 64 matches, the global community of football fans will be (2) riveted to the action in Russia, which hosts the World Cup across 11 cities. The fans of the 32 teams participating in the World Cup would form the most passionate audience, but the TV audience is truly worldwide, running to billions. There will be no (3) dearth of passion in non-participating countries. In fact, after the home fans, the highest number of match tickets has been (4) lapped up by the Americans who are not participating. India is among the top 20 countries in ticket sales.

The tournament promises to be quite fascinating, especially because no team is a clear favorite. Defending champions Germany have recently been (5) below-par; sentimental favorites Brazil seem to have recovered from the 7-1 (6) hammering by Germany in the semifinals four years ago. Perennial favorites Argentina, runners-up in 2014, seem to overly depend on the magical Lionel Messi. Spain remains a force but are not as good as champions eight years ago. France and Colombia would (7) fancy their chances as well.

Football’s governing body, FIFA, is regularly rocked by controversies. Its officials have been (8) implicated in bribery and money-laundering scandals. This is not surprising because the organization makes (9) obscene amounts of money from the game – the 2014 World Cup netted it a profit of $2.6 billion. Such money has taken the soul out of the sport, say the critics. But the fans are not going anywhere: Even though club football often has superior quality, the World Cup remains the (10) pinnacle of global football.

4. LAP UP (idiom)  उत्सुकतापूर्वक ग्रहण करना
Meaning: to accept something readily or excitedly.
Usage: I’m worried about how she just laps up praise from her teachers, as if her self-worth depends on it.

5. BELOW PAR (idiom)  औसत से कम अच्छा
Meaning: not as good as desired, required, or expected.
Usage: His work is below par, and he is paid too much money. 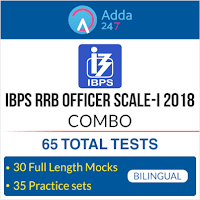