Skip to content
To strengthen the crust and core of your English language what you need is new and effective words added to your dictionary every day. This is a tedious task if you sit with the dictionary every day. Adda247 brings to you a compact way of learning constantly and efficiently. This is today’s Vocabulary for the aspirants who are preparing for the various banking examinations. SBI Clerk, LIC ADO, IBPS RRB, IBPS PO, IBPS Clerk are some of the upcoming examinations which can be prepared with the aid of daily Vocabulary. Vocab will help you excel not just in the examinations but will help you sail through the Interview round of the examinations you are preparing for. The words you choose will accelerate you in the correct path towards success and we hope that this article serves the purpose. Here is the vocabulary for 6th September 2019.

SCURRY (verb) : भगदड़
Meaning: (of a person or small animal) move hurriedly with short quick steps.
Synonyms: scamper, scuttle, dash, rush.
Antonyms: amble, stroll, crawl, saunter.
Usage: We have come to see the tornado in all of its glory, not the ant-like humans that scurry about in its path.

BRACE (verb) : मजबूत बनाना
Meaning: prepare (someone) for something difficult or unpleasant.
Synonyms: nerve, gird, strengthen, fortify.
Antonyms: dampen, deaden, drain, debilitate.
Usage: Along with most of my neighbors in the Washington, D.C. metropolitan area, I was braced for the presidential transition.
FARRAGO (noun)  : गड़बड़झाला
Meaning: a confused mixture.
Synonyms: mishmash, jumble, hodgepodge, turmoil.
Antonyms: constituent, ravel, sequence, categorization.
Usage: The present gun law is a farrago of nonsense as most of it is unenforceable.
DISENFRANCHISE (Verb) : नागरिकता से वंचित करना
Meaning: Deprive of the right to vote.
Synonym: Opress, shackle, coerce
Antonym: Liberate, release, permit
Usage: Government should disenfranchise the people having the voting identity of two cities/states
PANDER (verb) : प्राप्ति
Meaning: gratify or indulge (an immoral or distasteful desire or taste or a person with such a desire or taste)
Synonyms: indulge, gratify, satisfy, yield.
Antonyms: dissatisfy, deny, refuse, disturb.
Usage: She tries to hold on to as much genuine stuff as she can while pandering to fancier tastes.
INVIGORATE (Verb) : उत्साहित
Meaning: to give life, vigor, or spirit to
Synonym: amp (up), animate, brace, energize, enliven, fillip, fire
Antonym: damp, dampen, deaden, dull, kill
Usage: The fresh air and sunshine invigorated the children after a long winter indoors.
Preparing for banking exams? Having difficulty in the English section? Check out the video and master the section.
Appearing For IBPS PO 2019? Fill this form to get free study material! 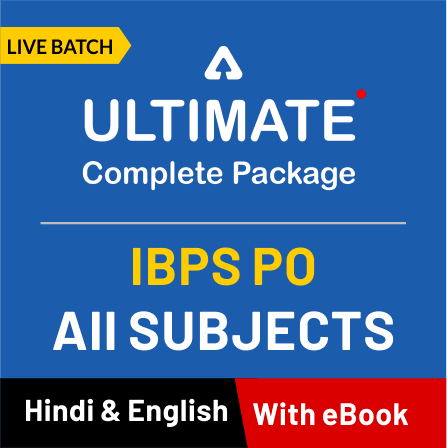