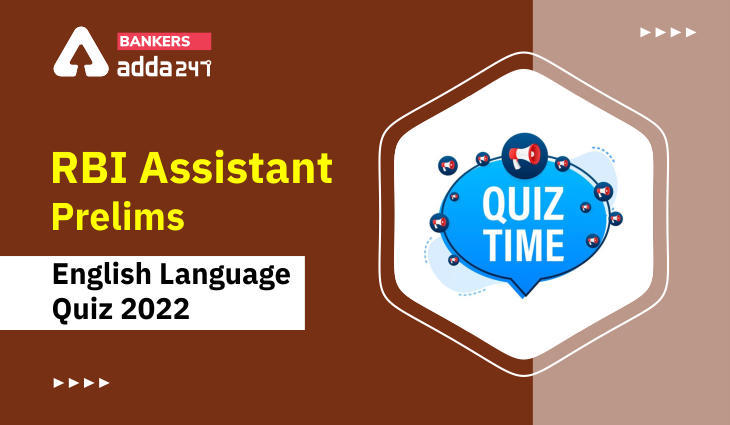 Directions (1-15): In each of the following questions, two statements with a blank in each have bene given. The statements are then followed by five alternatives. Choose the most suitable alternative which fits into both the statements.

S1. Ans. (c)
Sol. Placate: cause to be more favorably inclined
Redolent: serving to bring to mind
Doctrine: a belief or set of beliefs held and taught by a Church, political party, or other group.
Felicitous: exhibiting an agreeably appropriate manner or style
Gusty: blowing in puffs or short intermittent blasts

S2. Ans. (b)
Sol. Natty: marked by up-to-dateness in dress and manners
Overt: done or shown openly; plainly apparent.
Pacifist: opposed to war
Buxom: healthily plump and vigorous
Heyday: the period of greatest prosperity or productivity

S3. Ans. (a)
Sol. Leverage: use (something) to maximum advantage.
Burgeon: grow and flourish
Crone: an ugly, evil-looking old woman
Prognosticate: make a prediction about; tell in advance
Lout: an awkward, foolish person

S4. Ans. (e)
Sol. Simper: smile in an insincere, unnatural, or coy way
Iniquitous: characterized by injustice or wickedness
Sentient: endowed with feeling and unstructured consciousness
Garish: tastelessly showy
Scurrility: the quality of being scurrilous or making derogatory remark.
Scurrilous: making or spreading scandalous claims about someone with the intention of damaging their reputation.

S6. Ans. (b)
Sol. Gawk: look with amazement
Reprieve: cancel or postpone the punishment of (someone, especially someone condemned to death).
Refectory: a communal dining-hall, usually in a monastery
Palatial: suitable for or like a large and stately residence
Mincing: affectedly dainty or refined

S7. Ans. (e)
Sol. Trenchant: having keenness and forcefulness and penetration in thought
Emboss: raise in a relief
Proletarian: a member of the working class
Careen: pitching dangerously to one side
Rubric: a set of instructions or rules

S9. Ans. (a)
Sol. Diurnal: daily; of each day.
Apotheosis: model of excellence or perfection of a kind
Discretionary: not earmarked; available for use as needed
Pithy: concise and full of meaning
Chequered: marked by changeable fortune

S10. Ans. (d)
Sol. Comport: behave in a certain manner
Ambrosia: the food and drink of the gods
Factious: dissenting with the majority opinion
Recalcitrant: having an obstinately uncooperative attitude towards authority or discipline.
Disgorge: cause or allow to flow or run out or over

S11. Ans. (b)
Sol. Wraith: a ghostly figure, especially one seen shortly before death
Incendiary: (of a device or attack) designed to cause fires.
-tending to stir up conflict
Demonstrable: capable of being proved
Emend: make corrections to
Laggard: someone who takes more time than necessary

S12. Ans. (a)
Sol. Naught: nothing
Waffle: pause or hold back in uncertainty or unwillingness
Venial: easily excused or forgiven
Loquacious: full of trivial conversation
Effulgence: the quality of being bright and sending out rays of light

S15. Ans. (d)
Sol. Miserly: characterized by or indicative of lack of generosity
Vapid: lacking significance or liveliness or spirit or zest
Sinecure: a job that involves minimal duties
Perpetuity: the state or quality of lasting forever.
Masticate: bite and grind with the teeth