General awareness section consisted of 40 questions, each carries 1 mark. This means, general awareness has 40/200 weightage in the EPFO Assistant Mains exam. Read the questions asked in the examination with solution below:

Q2. The merger of United Bank of India (UBI) and Oriental Bank of Commerce (OBC) with which bank?
Answer: Punjab National Bank

Q3. What is the full form of CDRP?
Answer: Climate Disaster Recovery Process

Q4. Who has received the MP Birla Memorial Award 2019 for his contributions to the world of cosmology?
Answer: Thanu Padmanabhan

Q5. Geographical indication tag will be given by which Ministry?
Answer: Ministry of Commerce and Industry

Q7. Ranthambore National Park is a vast wildlife reserve near the town of Sawai Madhopur in-
Answer: Rajasthan

Q9. Riga is capital city of which country?
Answer: Latvia

Q11. SFIO is a statutory corporate fraud investigating agency in India. What is the full form of SFIO?
Answer: Serious Fraud Investigation Office

Q12. Which Country host World Tourism Day 2019 with the theme ‘Tourism and Jobs: a better future for all’?
Answer: India

Q13. The Reserve Bank of India has barred ______________- from opening new branches after it missed the deadline to list its shares.
Answer: Equitas Small Finance Bank

Q16. The 2019 World Wrestling Championships were held in-
Answer: Kazakhstan

Q17. Arif Mohammad Khan is a former cabinet minister in the union of India and is currently serving as the Governor of-
Answer: Kerala

Q19. Every woman SHG member having a verified Jan Dhan account will get an overdraft facility of-?
Answer: Rs. 5,000

Q23. Which movie was won the award for the National Award Best Hindi movie?
Answer: Andhadhun

Q25. The Reserve Bank of India (RBI) constituted a task force on the development of secondary market for corporate loans. The task force would be headed by-?
Answer: T.N. Manoharan, chairman of Canara Bank

Q27. Trade credit insurance policy provides coverage to supplier of goods and services against delay in payment or non-payments of trade credit. IRDAI has set up a nine-member working group headed by-?
Answer: Atul Sahai

Q28. Nahargarh Biological Park, a part of the Nahargarh sanctuary is located in-
Answer: Jaipur

Q30. The Centre will also contribute an equal amount to the pension fund to be managed by which organisation, under Pradhan Mantri Kisan Mandhan Yojana?
Answer: Life Insurance Corporation (LIC)

Q31. Which company was won the Platinum Award for ‘Best Green Strategy for a Data Center’?
Answer: Infosys

Q36. India is projected to have a skilled labour surplus of 245 million workers by-?
Answer: 2030

Q38. The Prime Minister of India Shri Narendra Modi and the President of the People’s Republic of China Mr Xi Jinping was held their Second Informal Summit in-
Answer: Chennai

Q39. The Reserve Bank of India had constituted a Committee on the Development of Housing Finance Securitisation Market. Who is chairman of the Committee?
Answer: Dr. Harsh Vardhan 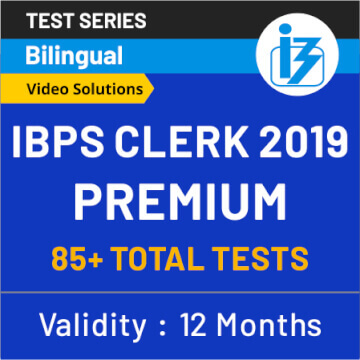