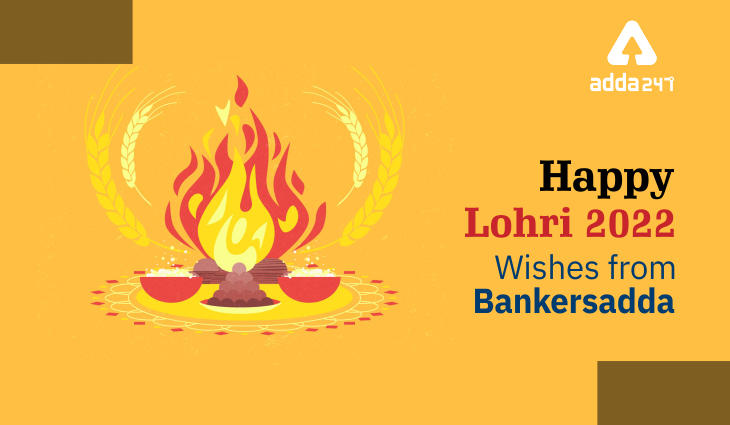 Adda247 wishes all the readers a very Happy Lohri. This Lohri spread Love, Happiness, and the message of peace all around.

Lohri, which is also called Maghi is an agricultural festival filled is celebrated on the 13th of January every year, mainly in the states of Punjab, Haryana, Delhi, and parts of Himachal Pradesh. The festival marks the end of winters and welcomes longer days that come with the sun’s journey to the northern hemisphere.

It is mostly celebrated in the Northern regions by Sikhs and Hindus to worship the sun and fire. The traditional activities are performed a day before Makar Sankranti and according to the solar part of the lunisolar Bikrami calendar, it typically falls about the same date every year.

Though a popular belief has it that Lohri is celebrated to mark the end of peak winters, this festival is traditionally associated with the harvest of the Rabi crops. This is the reason why Punjabi farmers see the day after Lohri (Maghi) as the financial New Year.

The festival is celebrated with amusement. Hindus traditionally lit bonfires on this day in their yards after the weeks of the rabi season cropping work, socialized around the fire, sang (Lohri Songs), and danced together as they marked the end of winter and the onset of longer days. After the night of bonfire celebrations, Hindus would mark Makar Sankranti and go to a sacred water body such as a river or lake to bathe.

On this Lohri festival, We wish that the warmth of the bonfire and the sweetness of the Jaggery remains with your perpetually.