1.Prelude
Meaning: an action or event serving as an introduction to something more important.
Synonym: preliminary, overture, opening, preparation
Antonym:conclusion, postscript
Sentence: “a ceasefire had been agreed as a prelude to full peace negotiations”

2.Premonition
Meaning: a strong feeling that something is about to happen, especially something
unpleasant.
Synonym: foreboding, presage, presentiment, prognostication
Sentence: “he had a premonition of imminent disaster”

3.Preponderance
Meaning: the quality or fact of being greater in number, quantity, or importance.
Synonym: prevalence, predominance, dominance
Sentence: “the preponderance of women among older people”

8.Perdition
Meaning: (in Christian theology) a state of eternal punishment and damnation into
which a sinful and unrepentant person passes after death
Synonym: damnation, eternal punishment;
Sentence:”she used her last banknote to buy herself a square meal before
perdition”

10.Laggard
Meaning: a person who makes slow progress and falls behind others.
Synonym: straggler, loiterer, lingerer,
Sentence: “staff were under enormous pressure and there was no time for
laggards” 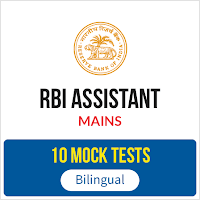