Test your Professional Knowledge of HR with this questionnaire to prepare for IBPS HR Officer Examination. To score in IBPS SO (HR) Professional Knowledge Test candidate must have adequate knowledge of Industrial Relations, Job Evaluation, Human Resource Planning, Labour Laws, Training and Development and more. This quiz covers questions related to the Trade Union Act 1926 to help you prepare for the exam.


Q1. For what the provisions are provided in the Trade union amendment Bill-2018?

Q2. Under which section particulars or rules of trade union are mentioned?

section 5
section 3
section 2
section 6
section 7
Solution:
Section 6 Provisions to be contained in the rules of a Trade Union. —A Trade Union shall not be entitled to registration under this Act, unless the executive thereof is constituted in accordance with the provisions of this Act.

Q3. Within how many days a complaint has to be made in court for cognizance of offence?

6 months
3 months
1 month
2 months
1 year
Solution:
No Court shall take cognizance of any offence under this Act, unless complaint thereof has been made by, or with the previous sanction of, the Registrar or, in the case of an offence under section 32, by the person to whom the copy was given, within six months of the date on which the offence is alleged to have been committed.

Q4. Any trade union or the person(s) responsible continuously makes default in giving any notice or sending any statement or other document required under the act is fined with the maximum amount of_________________.

Rs.12
Rs.20
Rs.7
Rs.10
Rs.50
Solution:
If default is made on the part of any registered Trade Union in giving any notice or sending any statement or other document as required by or under any provision of this Act, every office-bearer or other person bound by the rules of the Trade Union to give or send the same, or, if there is no such office-bearer or person every member of the executive of the Trade Union, shall be punishable, with fine which may extend to five rupees and, in the case of a continuing default, with an additional fine which may extend to five rupees for each week after the first during which the default continues: Provided that the aggregate fine shall not exceed fifty rupees.

Q5. In case of any alterations or changes made in the rules, within how many days the notification of the same is sent to the registrar?

14 days
18 days
15 days
21 days
10 days
Solution:
A copy of every alteration made in the rules of a registered Trade Union shall be sent to the Registrar within fifteen days of the making of the alteration.

Q6. Any person willfully do false entry or omission in statement or alterations of rules sent to registrar is punishable with a fine upto_______________

Rs.500
Rs.100
Rs.1000
Rs.750
Rs.50
Solution:
Any person who wilfully makes, or causes to be made, any false entry in, or any omission from, the general statement required by section 28, or in or from any copy of rules or of alterations of rules sent to the Registrar under that section, shall be punishable with fine which may extend to five hundred rupees.

Q7. In case of change of name of trade union, who must sign the notice of that change and send it to the registrar?

Q8. In case of amalgamation, what is the overall minimum percentage required for approval?

25%
75%
35%
60%
50%
Solution:
Any two or more registered Trade Unions may become amalgamated together as one Trade Union with or without dissolution or division of the funds of such Trade Unions or either or any of them, provided that the votes of at least one-half of the members of each or every such trade Union entitled to vote are recorded, and that at least sixty per cent of the votes recorded are in favour of the proposal.

Adult
Child
Adolescent
a person who has attained the age of 15 years
Both (c) and (d)
Solution:
Any person who has attained the age of fifteen years may be a member of a registered Trade Union subject to any rules of the Trade Union to the contrary, and may, subject as aforesaid, enjoy all the rights of a member and execute all instruments and give all acquittances necessary to be executed or given under the rules.

Q10. A person will be disqualified for being chosen as an executive and office bearer of trade union who has not attained the age of ___________.

15 years
18 years
21 years
14 years
25 years
Solution:
A person shall be disqualified for being chosen as, and for being, a member of the executive or any other office-bearer of a registered Trade Union if -
(i) he has not attained the age of eighteen years,
(ii) he has been convicted by a Court in India of any offence involving moral turpitude and sentenced to imprisonment, unless a period of five years has elapsed since his release.

Total gross income
Balance of credit of preceding year
Net income
Both (a) and (b)
None of these
Solution:
The payment, in furtherance of any of the objects on which the general funds of the Trade Union may be spent, of contributions to any cause intended to benefit workmen in general, provided that the expenditure in respect of such contributions in any financial year shall not at any time during that year be in excess of one-fourth of the combined total of the gross income which has up to that time accrued to the general funds of the Trade Union during that year and of the balance at the credit of those funds at the commencement of that year.

14 days
15 days
18 days
21 days
10 days
Solution:
All communications and notices to a registered Trade Union may be addressed to its registered office. Notice of any change in the address of the head office shall be given within fourteen days of such change to the Registrar in writing, and the changed address shall be recorded in the register referred to in section 8.

Q14. Any person aggrieved by any refusal of the Registrar to register a Trade Union or by the withdrawal or cancellation of a certificate of registration may, within such period as may be prescribed, appeal______________________________
(I) High court near to its trade union head office
(II) Industrial tribunal
(III) Labour court
(IV) National tribunal

Only (I)
Both (I) and (III)
Only (III)
Both (II) and (IV)
Only (I) (II) and (III)
Solution:
Any person aggrieved by any refusal of the Registrar to register a Trade Union or by the withdrawal or cancellation of a certificate of registration may, within such period as may be prescribed, appeal, -
(i) where the head office of the Trade Union is situated within the limits of a Presidency-town, to the High Court, or
(ii) where the head office is situated in any other area, to such Court, not inferior to the Court of an additional or assistant Judge of a principal Civil Court of original jurisdiction, as the appropriate Government may appoint in this behalf for that area.

Q15. Except under which of the following conditions, if a registrar is required to give a notice of reason of cancellation of registration?

Fill this Form to get information about Study Material to Crack CLERK MAINS: Click Here 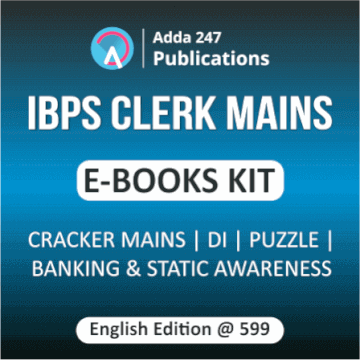 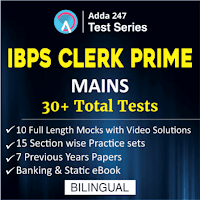