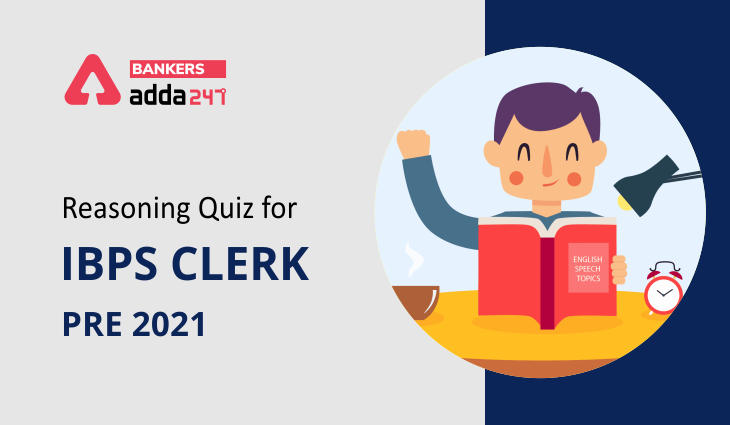 Directions (1-3): Study the following information carefully and answer the given questions.
Amongst five friends, A, B, C, D, E, each got different marks in the examination. A scored more than B but less than C. C scored 65 marks. D scored less marks than only E. The one who scored the minimum marks scored 60 marks and the one who scored the highest, scored 80 marks.

Q6.How many pairs of letters are there in the word ‘CONFUSION’, each of which have as many letters between them in the word as they have between then in the English alphabet (both forward and backward direction)?
(a) Six
(b) Five
(c) Two
(d) Three
(e) One

Q7. Four of the following five are alike in certain way based from a group, find the one that does not belong to that group??
(a) EHL
(b) PSW
(c) ILP
(d) RUX
(e) GJN

Directions (9-12): Study the following information carefully and answer the given questions.
Amongst Six friends M, N, O, P, Q and R, each got different marks in the examination. P score just more than R. Not more than three persons score more marks than O. M score more than Q and less than R. P does not score maximum marks. The one who score least marks score 31 marks. Q score is not odd number. The one who score 4th highest score 52 marks.