Directions (1-5): Read the following information carefully and answer the following questions.
Twelve people sit in two parallel rows such that six people sit in each row. In row-1 U, V, W, X, Y, and Z are seated and all face towards the south and in row-2 L, M, N, O, P, and Q are seated and all face towards north but not necessarily in the same order. People seated in row-1 face people seated in row-2and vice versa.
Three people sit between N and O who sits at the end. L sits to the immediate left of N. The one who faces L sits second to the right of Y. Two persons sit between Y and U. One of the immediate neighbors of U faces P. V sits second to the right of the one who faces Q. Q sits third to the right of M. More than two persons sit between Z and X who does not sit at the end.

Directions (6-8): Study the following information carefully and answer the following questions.
Six people Sara, Tarun, Uma, Priya, Rita, and Kavya have different weights but not necessarily in the same order. Only one person is heavier than Kavya. Sara is lighter than Rita and heavier than Tarun who is not the lightest. Rita is lighter than Kavya. The one who is the second lightest, is 42kg. The weight of Uma is less than 70kg. The one who is the second heaviest, is 82kg.

Directions (11-15): Study the information given below and answer the questions based on it.
There are eight people i.e., K, L, M, N, O, P, Q and R sitting in a circular table with equidistance to each other and some of them are facing towards the center of the table and rest are facing outside the table. All the information is not necessarily in the same order.
M sits second to the left of P. The one who sits opposite to M sits to the immediate left of K. K faces inside the table. The number of people sits between P and K is same as the number of people sits between P and O. L sits second to the left of K and faces same direction as P. One person sits between L and N who faces outside the table. Q doesn’t sit adjacent to L. R and M face towards each other. O faces same direction as Q who faces opposite direction as L. 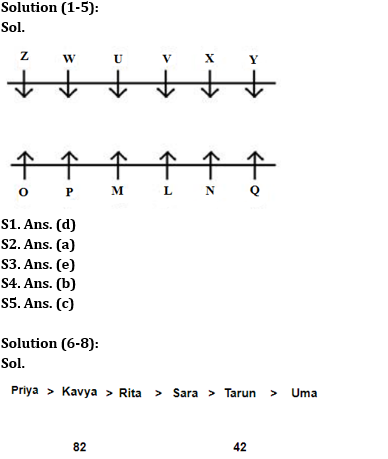 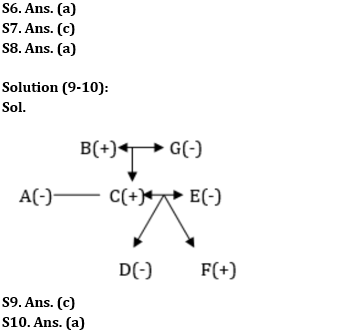 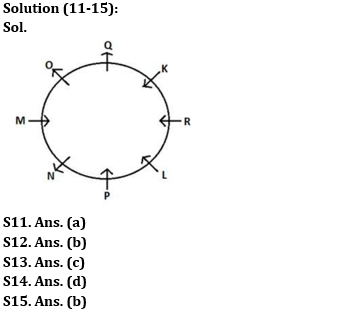