Q2. If there is one more person H, whose weight is more than E but less than Q. How many people go to shopping mall between H and U?
(a) Three
(b) Two
(c) Four
(d) Either three or two
(e) Five

Directions (6-8): Study the following information carefully and answer the given questions.
Amongst six friends – P, Q, R, S, T and U, each has different heights. P is taller than Q but not as tall as U. S is shorter than only two persons. U is not the tallest person. T is shorter than R. Q is not the shortest person.

Directions (9-11): Study the following information carefully and answer the given questions.
Amongst six friends – F, G, H, I, J and K each have different heights. G is not as tall as J but taller than F. H is shorter than K but taller than J and F. I is the third shortest among all the friends. The height of the tallest person is 40cm and the second shortest person is 21cm.

Directions (12-13): Study the following information carefully and answer the following questions.
Six people i.e. A, B, C, D, E, and F have different heights. A is taller than B but not as tall as F. C is shorter than only two persons. F is not the tallest person. B is not the shortest person. E is shorter than D. The height of the second shortest person and the second tallest person is 151 cm and 183cm respectively. 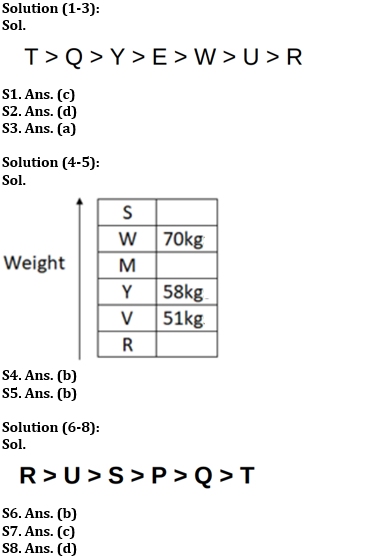 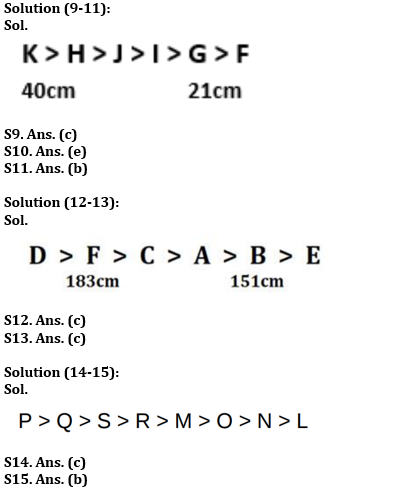