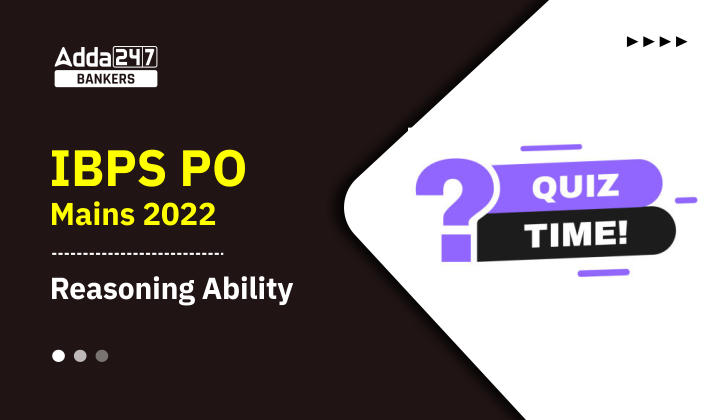 Q10. Four from the following are similar in a certain way and forms a group. Find out the one, which does not belong to that group.
(a) Blue
(b) Green
(c) Brown
(d) Black
(e) Pink

Directions (11-15): Answer the questions based on the information given below.
There are eight boxes kept one above another such that the bottommost box numbered as 1 while the topmost box is numbered as 8. Six of the boxes are marked with a label among P, Q, R, S, T and U. Two boxes are vacant, so, they are not labelled. Each of the labelled boxes contains fruits among Apple, Banana, Cherry, Grape, Melon and Orange.
Box T is not an even numbered box. Box R is three boxes above the box U, which contains Banana. No two vacant boxes are kept adjacent to each other. Box Q is the topmost box. The bottommost box contains Melon. Box U is not adjacent to any vacant box. Box P contains Apple and is the even numbered box. Neither box R nor box Q contains Cherry. Box S does not contain Cherry. Box T does not contain Melon. 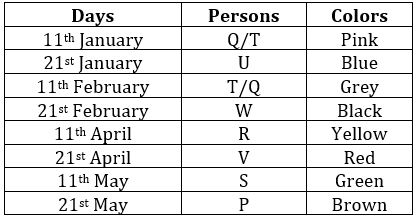 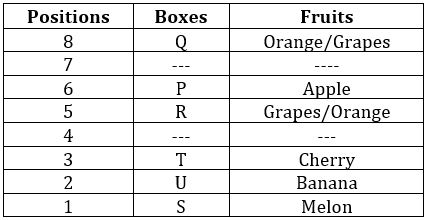