The State Bank of India (SBI) has successfully conducted its interview phase for the post of Circle Based Officers (CBO) and many aspirants have cleared the exam. Here, we are sharing with you the success story of Rajesh Kumar Swami by his side.

Hello Friends,
My Name is Rajesh Kumar Swami. I belong to the Dausa District of Rajasthan. Presently I am working as Assistant Manager at Himachal Pradesh Gramin Bank. I joined Himachal Pradesh Gramin Bank in July 2018.
During financial year 2020-21 I appeared in two banking exams:
First RRB GBO SCALE2: I cleared the written exam and got selected for interview but not in final merit.
“ISNE MUJE KAFI NIRASH KIYA”
Second SBI CBO: at the time of filling the form this vacancy was based on interview only but later on due to large numbers of candidates SBI conducted the exam.
I appeared in the exam and cleared the written exam again.
My Strategy to clear written exam:
“I used to solve quizzes of Bankers Adda. I used to play calculation games it help me to increase my calculation speed. I had a habit of writing tables 1 to 40, square 1 to 50, cubes 1 to 25 on daily basis.
I practiced puzzles and attempted quizzes.”
After clearing the written examination I purchase interview live classes from ADDA247 which helps me a lot. I also took interview guidance from Sh. Harish Kher Sir.
I prepared for the interview and took interview mocks. It increased my confidence and got good marks in the interview.
Friends, Finally I Got selected in State Bank of India as Circle Based Officers (CBO).
Thanks for all to read my success story.
Especially thanks to Bankers Adda team…. 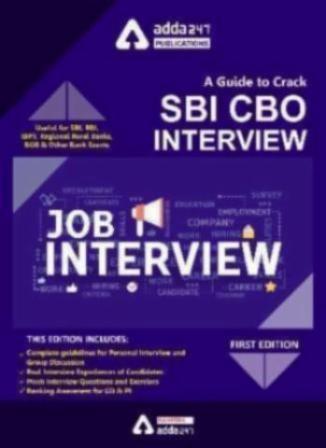