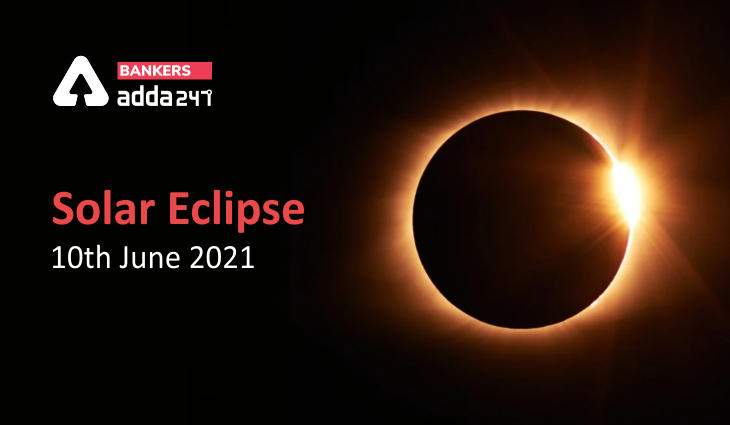 Solar Eclipse 2021: The annular solar eclipse has occurred on June 10, 2021, when a moon moves between the earth and the Sun blocking some or all of the sun’s rays from reaching the earth. It was not visible in India except in few areas of Ladakh and Arunachal Pradesh. Even though the sun is 400 times wider than the moon but it is also 400 times farther away due to which the two objects appear the same size in our sky.

A NASA animation of the annular solar eclipse’s predicted path on June 10, 2021. When the moon eclipses the sun, it shows two types of shadows on earth: A smaller, darker shadow, known as the umbra, and a larger shadow known as the penumbra. The annular eclipse was visible in parts of Canada, Greenland, and northern Russia. So, people living in these areas will see the ring of fire.

The 2021 annular solar eclipse event took place at 01:42 PM (IST) and lasted until 6.41 pm IST in most of the areas. The duration of this solar eclipse at Greatest Eclipse is said to be around 3 minutes and 51 seconds.

There are 4 types of solar eclipses. The first is a total eclipse when the moon completely covers the sun’s surface. It is visible if you are in an umbral shadow. The second is a partial eclipse when the moon passes in front of the sun off-center, never fully cover its surface. Third, an annular eclipse occurs when the moon passes directly in front of the sun. However, Unlike the total eclipse, the moon appears too small to cover the sun. Last, a hybrid eclipse occurs when the moon’s position between the earth and the sun is so finely balanced that the curvature of the earth plays a role. In some parts, the moon will be close enough to fully cover the sun causing total eclipse while in other parts the moon will be farther away from some parts of earth along the eclipse path, resulting in an annular eclipse. Looking directly at the sun during an eclipse can cause permanent eye damage. You can use certified eclipse glasses to witness this rare phenomenon.