Coding and Decoding questions are designed to judge the candidate’s ability to decipher the rule that given code follows. While approaching a question, firstly decide the type of question asked, and then examine common Pattern in them. After decoding every code, arrange all code in tabular form so, that you can easily find the answer of every questions. Remember that it is scoring topic, but a single mistake can make your every answer wrong.
Types of Coding-Decoding
1. Letter coding
Coding by shifting letters:
Example: In a certain code language, ” GLIDERS” is written as ” ERSDGLI”. How is ” TOASTER” written in that code language?

3. Coding by substitution
Example: White means black, black means red, red means blue, blue means yellow and yellow means grey, then which of the following represents the colour of clear sky?
Solution: Clearly, we know that, the actual colour of sky is blue, and as given blue means yellow. Hence, the colour of sky is yellow.
As you can observe from the recent exams, coding-decoding question’s pattern has changed. In these questions we cannot find the code for a word by cancelling out the common words in two sentences, as each word is different. In these types of questions, there is no common logic that we can use for all types of questions as there is a different logic being used in each question. However, there are some commonly used logics from which we can solve most of the questions. They are as follows:-
(i) Reversing the alphabet: For example E is coded as V i.e. V will occupy the same position in the alphabetical series as E, when the whole alphabetical series is written in reverse order.
(ii) Using the numerical value of the rank of the alphabets in the alphabetical series. For example C=3.
(iii) Using the numerical value of the rank of the reverse of alphabets. For example A=26(value of rank of Z).
(iv) Using the vowels of the word in the code as it is.
(v) Using the vowels of the word in the code and reversing it or using its numerical value in the code.
(vi) Using the numerical value of the total number of letters of the word in the code.
(vi) Coding an alphabet in the word as the next or previous letter of that alphabet in the alphabetical series. For example D is coded as E or C.
Most of the questions of changed pattern revolve around the above mentioned logic.
In order to solve such questions quickly you need to memorize the following table of the reverse and the numerical values the ranks of the alphabets:-

Following are some examples to help you understand the use of above-mentioned concepts.
Example-1: 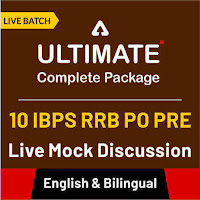