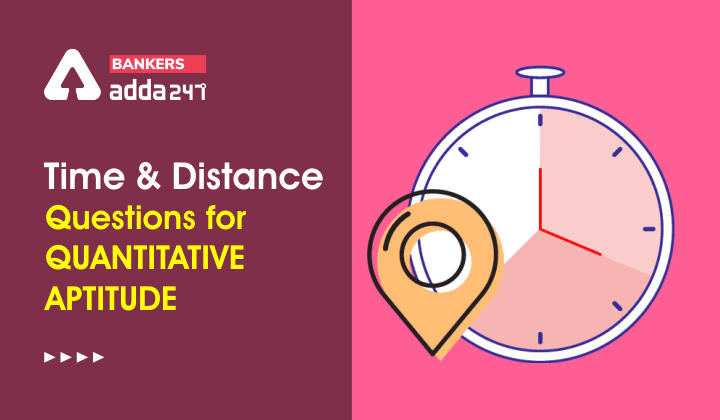 Time & Distance is one of the most important topics from which questions are asked in all the competitive exams like Banking, SSC, Railway, State PSC, CTET, and UPSC. Time & Distance questions can be very complex in the main examination while in the prelims exam, the level would be very easy. The concept of time and distance is used by all of us in our day-to-day life as well therefore we are familiar with it. If we talk specifically about banking exams then the concept of time & distance is used by the examiner in the data interpretation questions to increase the difficulty level of the questions in the mains examination. In this article we will be discussing all the important formulas required to solve Time & Distance questions along with the basic concepts. We will also discuss here the kinds of time & distance questions asked in the exam.

Let us first understand what distance and speed means and then we will look the basic formulas of time & distance.

Distance- It signifies how far objects are and measured in various units. It actually tells us how far an object is from us. It is numerical in nature along with its unit. The unit which is mostly used in time & distance questions is kilometer as well as meter.

Speed- Speed is a measure of change of position of something with respect to time. We can calculate speed after dividing distance with time. The unit of speed is kilometer per hour(Km/hr) as well as meter per second(m/s)

Time- Time can be defined in hour, minutes and seconds.

In order to solve time & distance questions quickly, candidates must be aware of all the concepts which are used to solve the problems.

Conversion of Kilometer per hour into meter per second

Application of concept- Suppose you have given a speed of 90km/hr and now you want to convert it in m/s then multiply 90 by 5/18 and you will get your answer.

Conversion of meter per second into kilometer per hour

Application of concept- Suppose you have a given a speed of 20 m/s and now you want to convert it in Km/hr then multiply 20 by 18/5 and you will get your answer.

If two persons C and D start at the same time from two points N and O towards each other and after crossing they take T1 and T2 hours in reaching O and N respectively, then

When distance is equal

Types of Questions in Time & Distance

A race involves runners covering a certain distance and the person who reaches the finishing point first wins the race. A ‘kilometer race’ requires the participants to run for 1 km. Unless otherwise specified, a race is assumed to be run on a linear track. A race can also be run on a circular track.

Suppose two runners A and B run a race.

In this kind of problem of time & distance there will be an object moving with certain speed and reaching late at its destination by some minutes but when moving with an increased speed which is more than  the previous speed then it gets late by the time which is less than the previous one. The formula which you can use to solve this problem quickly is given below. In case of late reduce the time difference will be taken

If a train runs at 40 kmph, it reaches its destination late by 11 minutes but if it runs at 50 kmph, it is late by 5 minutes only. The correct time for the train to complete its journey is

Problems may often feature bodies that move while other bodies may move or remain stationary. In such cases, the following points are to be noted.

Boats and Streams based Problems

If u and v are the upstream and downstream speeds of the boat, then 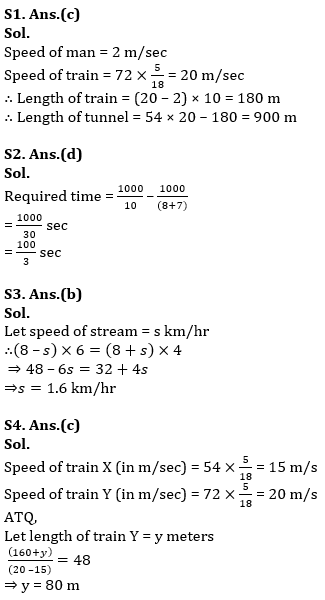 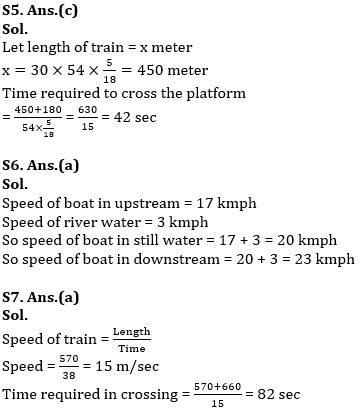 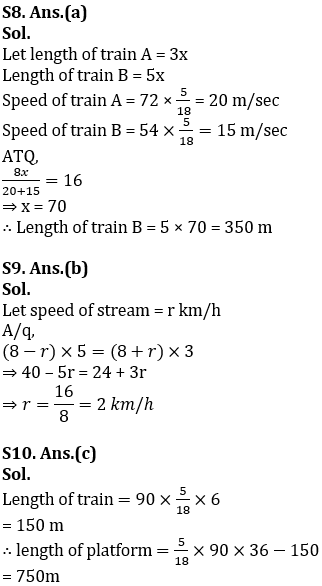 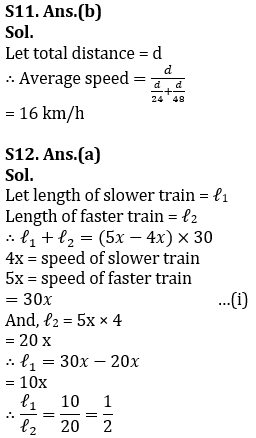 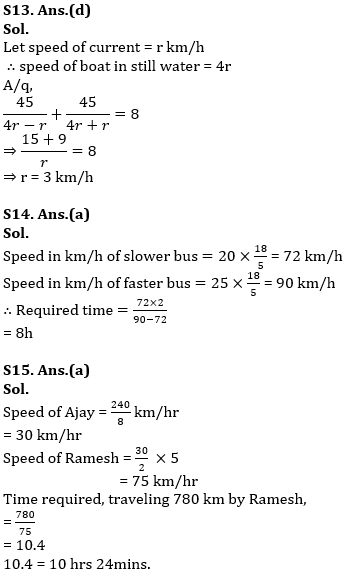