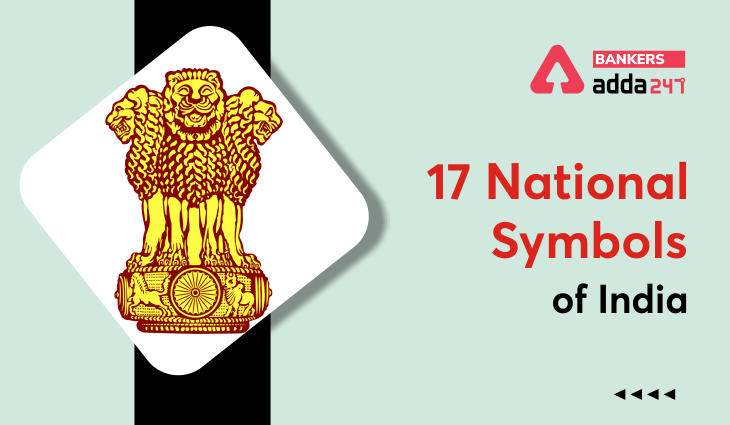 National Symbols of India With Name

Following are the 17 national symbols of the Republic of India representing India’s culture and its identity. These are not just symbols But the pride of every Indian.

The national anthem of India, Jana Gana Mana, was first composed by Rabindranath Tagore in Bengali. Later it was translated to Hindi and adopted by the constituent assembly on 24 January 1950. on 27 December 1911, the national anthem was first sung during the Calcutta session of the Indian National Congress.

The national emblem of India resembles a Motto Satyameva Jayate. The design of the national anthem was adopted from the lion capital of Ashoka at Sarnath.

Due to its beauty and the unity of colors, the Indian peacock was claimed to be the national board of India on 1 February 1963.

The song Vande Mataram is the national song of India. it is composed in Sanskrit by Bankimchndra Chatterji. He was a source of inspiration to the people in their struggle for the freedom of India.

The national vegetable of India is the Indian pumpkin. As it produces easily and gets excellent vegetables, it is considered the poor person’s vegetable. It grows throughout India.

The Ganga is the national river of India and it is the longest river in India it is worshiped by Hindus as the holiest of rivers. The Ganga is flowing over 2510 km of mountains, valleys, and plains.

The national flower of India is Lotus according to the Indian government website. Despite growing in dirt, it smells of myrrh which is taken as a message to humankind.

Q. What is the name of the national flag of India?

Ans: The national flag of India is called Tiranga.

Q. Who designed the national flag of India?

Ans: The national flag of India, Tiranga was designed by Pingali Venkayya.

Q. How many national symbols are there of India?