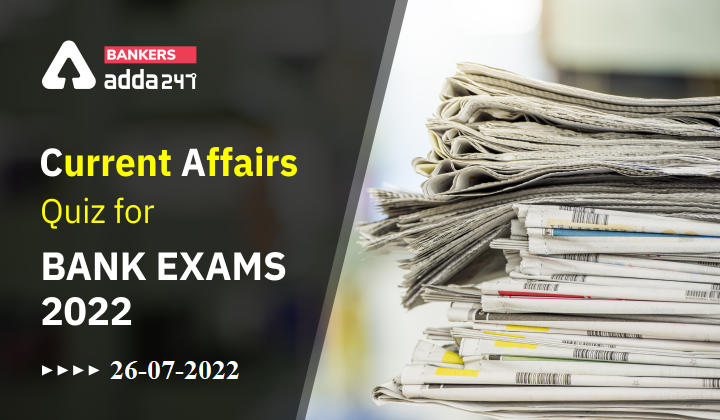 S3. Ans.(d)
Sol. World Drowning Prevention Day is celebrated annually on 25 July. The United Nations recognised this day for the global advocacy of drowning prevention with a resolution to move towards a more sustainably-developed world.

S10. Ans.(b)
Sol. With the Centre launching the “Har Ghar Tiranga” (hoisting of the flag at every home in the country) campaign, it has also made changes in the Flag Code of India 2002 allowing the tricolour to be flown by the public both day and night.