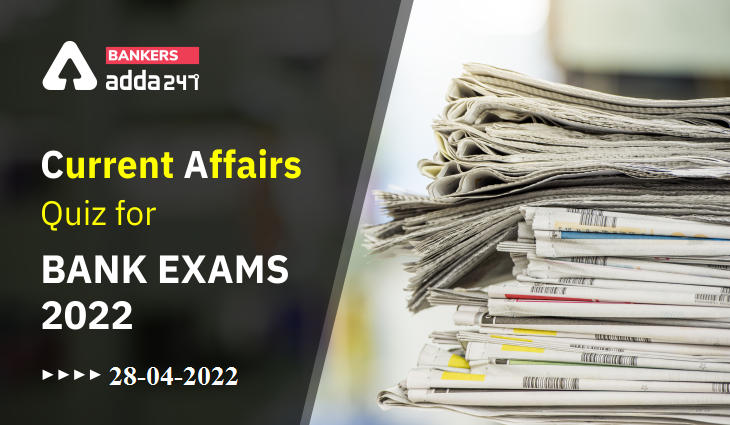 Q1. Who has been elected as the chairperson of the Haj Committee of India?
(a) AP Abdullahkutty
(b) Shaikh Jina Nabi
(c) C Muhammed Faizi
(d) Mafuja Khatun
(e) Munnawari Begum

Q2. UNEP has named who among the following as the recipient of the Champions of the Earth Award 2021 under the Lifetime Achievement category?
(a) Volodymyr Zelenskyy
(b) Gladys Kalema-Zikusoka
(c) David Attenborough
(d) Mia Mottley
(e) Maria Kolesnikova

Q5. Robert Golob has been elected as the Prime Minister of which country?
(a) Somalia
(b) Denmark
(c) Sweden
(d) South Sudan
(e) Slovenia

Q6. Who among the following has been chosen for the Commonwealth Points of Light Award?
(a) Kamlesh Nilkanth Vyas
(b) Babita Singh
(c) Manoj Pande
(d) Vivek Lall
(e) Kishore Kumar Das

Q8. With which country, Kerala government has signed a Memorandum of Understanding (MoU) for the ‘Cosmos Malabaricus Project’?
(a) Australia
(b) United States
(c) Canada
(d) England
(e) Netherlands

Q9. Who among the following has been named the 2022 Laureus Sportsman of the Year?
(a) Marcel Hug
(b) Max Verstappen
(c) Rafael Nadal
(d) Robert Lewandowski
(e) Jamie Vardy

Q13. Who has been appointed as the next Chief Executive Officer of Aditya Birla Capital?
(a) Ajay Srinivasan
(b) Vishakha Mulye
(c) Randeep Kumar
(d) Soniya Verma
(e) Sanjay Singh

Q14. Who among the following has been named Sportswoman of the Year?
(a) Elaine Thompson-Herah
(b) Naomi Osaka
(c) Simone Biles
(d) Serena Williams
(e) Genzebe Dibaba

Q15. NPCI International Payments Ltd (NIPL), the International arm of the National Payment Corporation of India has announced that BHIM UPI is now live at NEOPAY terminals, across the _______.
(a) Singapore
(b) Bangladesh
(c) Saudi Arabia
(d) USA
(e) UAE

S1. Ans.(a)
Sol. AP Abdullahkutty has been elected as the chairperson of the Haj Committee of India, while for the first time, two women have been chosen as its vice chairpersons- Munnawari Begum and Mafuja Khatun.

S3. Ans.(a)
Sol. The Tamil Nadu government has announced that December 18, every year will be observed as Minorities Rights Day at the state level.

S6. Ans.(e)
Sol. The founder of educational charity ‘Bidyanando’ Kishore Kumar Das from Bangladesh has been chosen for the Commonwealth Points of Light Award for his exceptional work in improving access to education for children from marginalised backgrounds.

S8. Ans.(e)
Sol. The Kerala government has signed a Memorandum of Understanding (MoU) with the Netherlands for the ‘Cosmos Malabaricus Project’, which aims to illustrate the historical significance of Kerala using the 18th century documents.

S10. Ans.(d)
Sol. World Immunization Week is celebrated worldwide in the last week of April, to highlight the collective action required and to promote the use of vaccines to protect people of all age groups against disease.

S13. Ans.(b)
Sol. Vishakha Mulye has been appointed as the next Chief Executive Officer of Aditya Birla Capital.