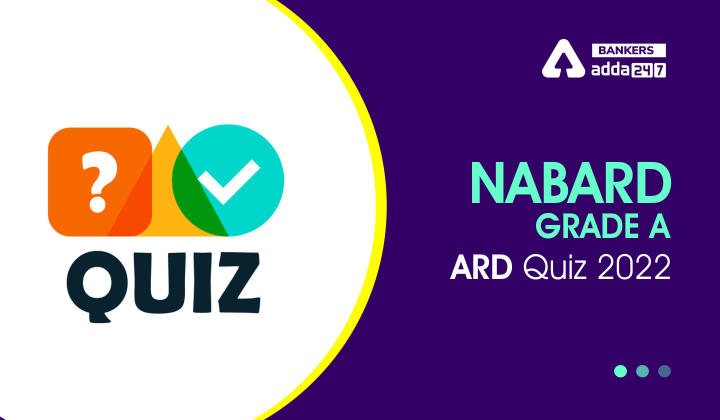 Q1. Fertigation in an irrigation system is to-
(a) Increase the nutrient absorption for plants.
(b) Increase of soil erosion.
(c) Increase risk of soil borne disease.
(d) Increase leaching of chemicals in the water supply.
(e) None of these

Q4. Olpad thresher is traditionally used in rural areas and that pulled by a pair of bullocks and in which crop mainly applied?
(a) Rice
(b) Barley
(c) Wheat
(d) Maize
(e) Bajra

Q7. Which of the following is not the promoters of the plant hormones?
(a) Auxins
(b) Gibberellins
(c) Cytokinins
(d) Abscisic acid
(e) Ethylene

Q8. Which of the following is the feed supplements?
(a) Terramycin
(b) Zinc bacitracin
(c) Flavomycin
(d) Aromin
(e) None of these

S1. Ans (a)
Sol. Fertigation is the injection of fertilizers, soil amendments, and other water-soluble products into an irrigation system. The benefits of fertigation methods over conventional or dropfertilizing methods include: Increased nutrient absorption by plants, Reduction of use in fertilizer, chemicals, and water needed. The elements like nitrogen, phosphorous and potassium are used in fertigation. Reduction of soil erosion issues as the nutrients are pumped through the water drip system. Leaching is decreased often through methods used to employ fertigation.

S2. Ans (a)
Sol. Infiltration is the flow of water through the soil surface into a porous medium under gravitational action and pressure effects. The factors influence the infiltration are the soil type such as texture, structure, hydrodynamic characteristics which influence capillary forces and adsorption and the soil coverage. Soil humidity is an important factor for infiltration process. The infiltration regime evolves differently in time for dry or wet soils, soil compaction due to rain drop impact and other effects. The use of hard agricultural equipment can have consequences on the surface layer of soil.

S4. Ans (c)
Sol. Olpad thresher originated at small place Olpad in Gujarat state. Olpad thresher is mainly a wheat thresher and pulled by a pair of bullocks. It is very popular in Punjab. The thresher consists of around 5-7 corrugated discs that are mounted on three rods and these rods are joined by two parallel running steel belts with the help of a bearing. Since the thresher needs to operate in a circular manner and requires at least 8-10 cm space, about 15-20 discs spanning a diameter of 45 cm are arranged in a nonlinear pattern. This thresher operated in a circular manner and required 8-10 m. space. It can be moved up to complete threshing.

S5. Ans (d)
Sol. The diesel engines that start on auto-ignition does not have spark plug. In such engines, after the compression stroke, the heat from compression raises the air temperature in the cylinder to a sufficient amount that is enough to ignite the diesel injected into the cylinder through injector. The CR usually ranges between 14: 1 to 22: 1. The appropriate CR ratio depends on the cylinder head design.

S7. Ans (d)
Sol. The quantitative increase in plant body such as increase in the length of stem and root, the number of leaves etc., is referred to as plant growth. It is an organic compound synthesized in one part of plant and translocated to other parts, wherein very low concentration causes a physiological response. The plant hormones are identified as promoters (auxins, gibberellins, and cytokinins), inhibitors (abscisic acid and ethylene) and other hypothetical growth substances (Florigen, death hormone, etc.).

S8. Ans (d)
Sol. Feed supplements are the compounds which has a nutritional value to compensate the deficiency. Some of the commonly used feed supplements are Vitablend, Arovit, Minimix, Milk min, Nutrimilk, Aromin etc. Apart from feed supplements, there are food additives which are non-nutritive substance to increase feed efficiency. Terramycin, Zinc bacitracin, Flavomycin, Iodinated casein come under feed additives.

S9. Ans (a)
Sol. Incinerators shall be constructed in a manner and design capable of providing a method of disposal of dead poultry that prevents the spread of diseases. Composting converts organic matter, such as dry poultry waste or dead chickens, into a more uniform and relatively odourless substance called humus or compost.

S10. Ans (c)
Sol. Family poultry are kept under a wide range of conditions, which can be classified into one of four broad production systems. Free-range extensive, backyard extensive, semi-intensive and intensive. Intensive Systems are used for medium to large-scale commercial purposes and used in households. Deep Litter system is one among the intensive system here the birds are fully confined either in houses or cages but can move around freely. There are other types of intensive systems such as slatted floor system and battery cage system.