Q7. Bank for International Settlements (BIS) pursues its mission by-
(a) Fostering discussion and facilitating collaboration among central banks
(b) Supporting dialogue with other authorities that are responsible for promoting financial stability
(c) Carrying out research and policy analysis on issues of relevance for monetary and financial stability
(d) Acting as a prime counterparty for central banks in their financial transactions
(e) All of the above

Q9. Who is the present Managing Director (MD) & Chief Executive Officer (CEO) of NPCI?
(a) Balachandran M
(b) AP Hota
(c) Deena Mehta
(d) B Sambamurthy
(e) None of the given options is true

Q11. BCBS is the primary global standard setter for the prudential regulation of banks and provides a forum for cooperation on banking supervisory matters. What is mean of ‘S’ in BCBS?
(a) Supervision
(b) Serious
(c) System
(d) Service
(e) Stands

Q14. Which card is a new card payment scheme launched by NPCI?
(a) Maestro card
(b) Visa Card
(c) MasterCard
(d) RuPay
(e) None of the given options is true

Q15. The Basel Committee has issued the full text of the revised LCR following endorsement on 06th January 2013 by its governing body. What is mean of ‘C’ in LCR?
(a) Custody
(b) Commercial
(c) Credit
(d) Cash
(e) Coverage 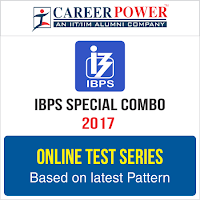