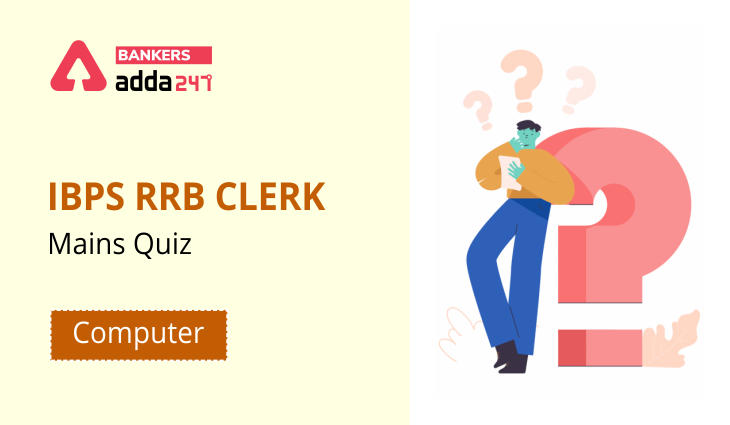 Q5.First super computer developed in India is—
(a) Param
(b) Aryabhatt
(c) Buddha
(d) Ram
(e) None of these

Q6.Which one of the following is an Indian super computer?
(a) Tianhe-2
(b) VIRGO
(c) Titan
(d) Shaheen II
(e) None of these

Q8.Which among the following type of computers is also known informally as Number crunchier?
(a) Mini computer
(b) Super computer
(c) Micro computer
(d) Mainframe computer
(e) None of these

Q9.Which type of computer could be found in a digital watch?
(a) Mainframe
(b) Super computer
(c) Embedded computer
(d) Notebook computer
(e) None of these

Q11. The word computer has been derived from which of the following language?
(a) Greek
(b) English
(c) Hindi
(d) Latin
(e) Spanish

Q12. Which of the following operation is not perform by computer?
(a) Input
(b) Output
(c) Thinking
(d) Processing
(e) Storage

Q14. Which of the following is known as father of computer?
(a) Dennis Ritchie
(b) Napier
(c) Charles Babbage
(d) Alan Turing
(e) Grace Hoppers

S9.Ans.(c)
Sol. An embedded system is a computer system with a dedicated function within a larger mechanical or electrical system, often with real-time computing constraints.

S10. Ans.(b)
Sol. A computer is an electronic device that manipulates information, or data. It has the ability to store, retrieve, and process data. You may already know that you can use a computer to type documents, send email, play games, and browse the Web. You can also use it to edit or create spreadsheets, presentations, and even videos.

S11. Ans.(d)
Sol. The word compute is derived from the Latin word ‘computare’, was meaning “arithmetic, accounting”. The Computer meaning is the digital device that stores information in memory using input devices and manipulate information to produce output according to given instructions.

S12. Ans.(c)
Sol. Thinking is not the part of computer operation. There are basic five operations of a computer system i.e, Inputting, Processing, Outputting, Storing and Controlling.

S14. Ans.(c)
Sol. Charles Babbage was considered to be the father of computer.

S15. Ans.(d)
Sol. The first computer language developed was FORTRAN in 1957. It has got its name from FORmula TRANslating system. This language was designed at IBM for scientific computing. The components were very simple, and provided the programmer with low-level access to the computers innards.