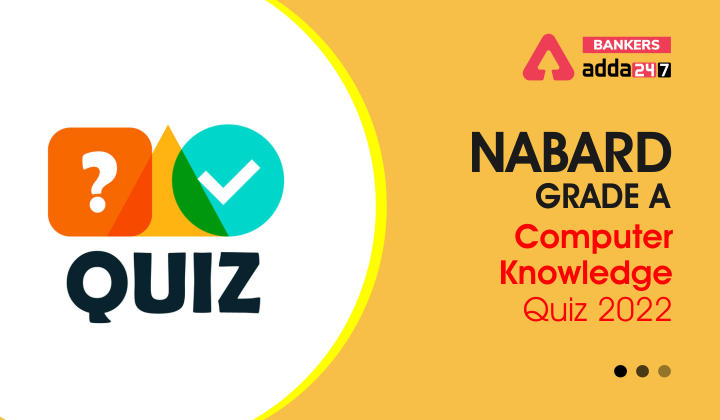 Q1. Which of the following describes programs that can run independently travel from system to system and disrupt computer communication?
(a) Viruses
(b) Worm
(c) Trojans
(d) Droppers
(e) None of these
S1. Ans.(b)

Q2. Malicious software performing unwanted and harmful actions in disguise of a legitimate and useful program is known as:
(a) Adware
(b) Backdoor
(c) Trojan
(d) Spyware
(e) None of these
S2. Ans.(c)

Q3. A computer that has been compromised by a virus or Trojan horse that puts it under the remote control of an online hijacker is called:
(a) Honeypot
(b) Zombie
(c) Logic bomb
(d) Adware
(e) None of these
S3. Ans.(b)
Sol. A zombie is a computer connected to a network that has been compromised by a hacker, a virus or a Trojan. It can be used remotely for malicious tasks.

Q4. Which of the following would most likely not be a symptom of a virus?
(a) Existing program files and icons disappear
(b) The CD-ROM stops functioning
(c) The web browser opens to an unusual home page
(d) Odd message or images are displayed on the screen
(e) None of these
S4. Ans.(b)
Sol. Except option (b) all others are the symptoms of a computer virus.

Q5. Malware that restricts access to a computer system by encrypting files or locking the entire system down until the user performs requested action is known as:
(a) Grayware
(b) Adware
(c) Ransomware
(d) Spyware
(e) None of these
S5. Ans.(c)
Sol. Ransomware is malicious software that infects your computer and displays messages demanding a fee to be paid in order for your system to work again. This class of malware is a criminal moneymaking scheme that can be installed through deceptive links in an email message, instant message or website.

Q6. A group of computers running malicious software under control of a hacker is known as:
(a) Honeynet
(b) Botnet
(c) Ethernet
(d) Honeypot
(e) None of these
S6. Ans.(b)
Sol. A botnet is a collection of internet-connected devices infected by malware that allow hackers to control them. Cyber criminals use botnets to instigate botnet attacks, which include malicious activities such as credentials leaks, unauthorized access, data theft and DDoS attacks.

Q7. Which of the following virus overtake computer system, when it boots and destroy information?
(a) Stealth virus
(b) Trojan
(c) Boot infectors
(d) System infectors
(e) None of these
S7. Ans.(a)

Q8.Which computer virus records every movement you make on your computer?
(a) Malware Android
(b) DoS
(c) Key logger
(d) Trapper
(e) None of these
S8. Ans.(c)
Sol. A keylogger is a type of surveillance software (considered to be either software or spyware) that has the capability to record every keystroke you make to a log file, usually encrypted. A keylogger recorder can record instant messages, e-mail, and any information you type at any time using your keyboard.

Q9. ——– are attempts by individuals to obtain confidential information from you to falsifying their identity.
(a) Phishing scams
(b) Phishing trips
(c) Spyware scams
(d) Computer viruses
S9. Ans.(a)

Q10. A standalone malicious computer program that replicates itself over a computer network is known as:
(a) Phage virus
(b) Computer worm
(c) Macro virus
(d) Trojan horse
S10. Ans.(b)
Sol. A computer worm is a type of malware that spreads copies of itself from computer to computer. A worm can replicate itself without any human interaction, and it does not need to attach itself to a software program in order to cause damage.