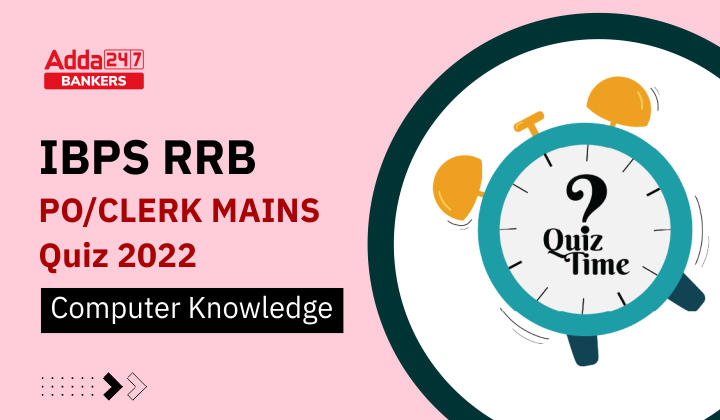 Q3. Which of the following command is required to restart the computer?
(a) Ctrl+Alt+Del
(b) Ctrl+Alt+tab
(c) Ctrl+Alt+Shift
(d) Ctrl+Shift+Del
(e) None of these

Q5. Which among the following is a special visual and audio effect applied in PowerPoint to text or content?
(a) Animation
(b) Flash
(c) Wipe
(d) Dissolve
(e) None of these

Q6. A word in a web page that, when clicked, opens another document.
(a) anchor
(b) URL
(c) hyperlink
(d) reference
(e) None of these

Q9. Which of the following converts all the source code into machine code, creating an executable file.
(a) Linker
(b) Assembler
(c) Compiler
(d) Interpreter
(e) None of these

Q10. A popular way to learn about computers without ever going to a classroom is called __________?
(a) I- learning
(b) Isolated learning
(c) e- learning
(d) Close learning
(e) Distance learning

S2. Ans (a)
Sol. A light pen is a computer input device in the form of a light-sensitive wand used in conjunction with a computer’s CRT display. It allows the user to point to displayed objects or draw on the screen in a similar way to a touchscreen but with greater positional accuracy.

S3. Ans (a)
Sol. Ctrl+Alt+Del command is required to restart the computer.

S4. Ans (b)
Sol. Margins refer to the blank white areas near the edges of a page. Every page has top, bottom, left and right margins. The area surrounded by these four margins where you write, edit, and format the text is known as the text area. Therefore, if you increase or decrease the margin of a page, you get less or more space for writing text.

S5. Ans (a)
Sol. Animation is a special visual and audio effect applied in PowerPoint

S6. Ans (c)
Sol. hyperlink is a word in a web page that, when clicked, opens another document.

S10. Ans. (c)
Sol. A popular way to learn about computers without ever going to a classroom is called e- learning.