1. Guinea PM Arrives In Delhi On 10-Day Visit To India

i. Highlighting the close maritime proximity between India and Indonesia, Indian Coast Guard Ship ‘Vijit’ became the first-ever Coast Guard ship to visit Sabang, Indonesia.
ii. During its maiden voyage, officers and crew of Vijit will hold interaction with officials of Bakamla (Indonesian Coast Guard), Indonesian Armed Forces and the civil administration at Sabang, read a press release from Indian embassy in Jakarta.

i. The Ministry of Human Resource Development has signed a memorandum of understanding(MoU) with the Afghanistan government to work on digital education initiatives, which include many prominent programs developed by Indian Institutes of Technology (IITs).
ii. The MoU was signed at IIT-Madras. This collaboration hopes to contribute to bilateral relations and beget mutual benefits for the two countries.

i. The 3rd edition of Namaste Thailand festival, organised by the Royal Thai Embassy with an aim to strengthen bilateral ties and increase cultural exchange between India and Thailand, began at Select Citywalk in New Delhi.
ii. The festival will feature stage performances by Thai artists. 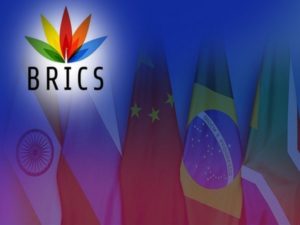 i. External Affairs Minister Sushma Swaraj left to the Maldives on a two-day visit. She is accompanied by Foreign Secretary Vijay Gokhale and other officials.
ii. During her visit, Mrs Swaraj will call on the President of Maldives Ibrahim Mohamed Solih, Parliament Speaker Qasim Ibrahim and meet with her Maldivian counterpart Abdullah Shahid.

i. Mozambique, Zimbabwe and Malawi have been hit by a vicious cyclone ‘IDAI’ that has killed nearly 150 people, left hundreds more missing and stranded tens of thousands who are cut off from roads and telephones in mainly poor, rural areas.
ii. Cyclone Idai has affected more than 1.5 million people in the three southern African countries, according to the UN and government officials.
iii. Hardest hit is Mozambique’s central port city of Beira where the airport is closed, electricity is out and many homes have been destroyed.

i. Reliance Industries CMD Mukesh Ambani leads Forbes’ list of richest sports team owners with a net worth of around $50 billion. Ambani purchased the IPL team Mumbai Indians through a RIL subsidiary in 2008 for just over $100 million.
ii. Steve Ballmer (Net worth: $41.2 billion), the American Businessman and Dietrich Mateschitz (Net worth: $18.9 billion) were at 2nd and 3rd positions, respectively.
Static/Current Takeaways Important For LIC AAO Mains Exam:
10. Tata, Reliance And Airtel Emerge Best Indian Brands Of 2019

i. Tata, Reliance, and Airtel emerged as the top three Indian brands of 2019, according to a report published by Interbrand, part of the Omnicom Media Group.
ii.  Tata continued to hold the top position in the best Indian Brands ranking as its brand value grew by 6%, mainly due to Tata Consultancy Services (TCS). Knocking Airtel off from the 2nd spot, Reliance’s brand value grew by 12%, bolstered by the success of Jio. Airtel stood at number 3.

i. The Reserve Bank of India (RBI) named State Bank of India (SBI), ICICI Bank and HDFC Bank as Domestic Systemically Important Banks (D-SIBs), which in other words mean banks that are too big to fail.
ii. As per the norms, these banks will have to set aside more capital for their continued operation. Inclusion in D-SIB indicates that failure of any of these banks would have a cascading effect on the Indian financial system.
12. SBI Launches Cardless ATM Withdrawal With YONO Cash

i. The State Bank of India has launched a new service called ‘YONO Cash’ for its customers using which customers can withdraw money from ATMs without using debit cards.
ii. This facility is available over 16,500 of its ATMs through the You Only Need One (YONO), mobile app platform for the first time in the country. The ATMs enabled for this service will be called as YONO Cash Point.

i. Microsoft has announced that it has partnered with The Ministry of Housing and Urban Affairs (MoHUA) to promote its Project ‘Sangam’ which is developed to accelerate Swachh Bharat Mission (SBM) in India.
ii. It is one of the world’s largest Cleanliness Programme. Project Sangam is a cloud-hosted, mobile-first community learning platform.

i. Reserve Bank of India provided no objection to Bandhan Bank for the proposed acquisition of Gruh Finance. Gruh Finance Limited is an Ahmedabad headquartered Subsidiary of HDFC Limited.
ii. It is a Housing Finance Company (HFC) recognized by the National Housing Bank (NHB) and it was taken over in January by Bandhan Bank in a share-swap deal. India’s largest mortgage lender HDFC can hold 9.9% in the bank, according to its exchange filing.
iii. That’s the maximum a non-banking finance company can own in a private bank. HDFC had sought approval for 14.96%.
Static/Current Takeaways Important for LIC AAO Exam:

i. ICICI Lombard and Mobikwik announced a strategic partnership to provide cyber-insurance cover. The relationship aims to provide protection against unauthorized and fraudulent transactions online, across bank accounts, debit and credit cards. and mobile wallets.
ii. MobiKwik users can avail the commercial cyber-insurance policy underwritten by ICICI Lombard and enjoy the benefit of stress-free and secured transactions.
Sports News

i. The 2019 Swiss Open, officially the YONEX Swiss Open 2019, was a badminton tournament which took place at St. Jakobshalle in Basel, Switzerland and had a total purse of $150,000.
Here is the complete list of Winners of 2019 Swiss Open Badminton Championships 2019
18. Valtteri Bottas Wins Australian F1 Grand Prix 2019

i. Manohar Parrikar, Goa Chief Minister and former defence minister, has passed away at the age of 63 after a long battle with pancreatic cancer.
ii. Parrikar was diagnosed with advanced pancreatic cancer in February 2018. He was an IIT Mumbai graduate in metallurgical engineering and among the first members of BJP in Goa.
हिंदी में पढ़े