Skip to content
Latest Banking jobs   »   Current Affairs 20th July 2019 |...
Dear Aspirants,
The General Awareness Section plays an important role in scoring well above cut off marks in any competitive exam. The Banking Awareness and Static Awareness questions asked in the General Awareness Section are based on Current Affairs mainly. So you need to prepare well this section to score good marks. Here is the Daily GK Update to get you acquainted with the top events that made the headlines today! 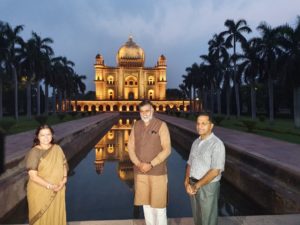 i. Culture Minister has inaugurated the architectural illumination of the historic Safdarjung Tomb in New Delhi.
ii. A total of 213 technologically advanced LED lights have been used to highlight the 17th century monument. The consumption of LED lights is approximately 62 percent less than conventional light fixtures.
iii. Archaeological Survey of India has taken up the project to illuminate the important monuments of Delhi to highlight the archaeological magnificence of historical monuments.
Static/Current Takeaways Important For EPFO/LIC ADO Mains:

i. International Monetary Fund chief Christine Lagarde has submitted her resignation as IMF chief. She had served as the IMF chief since 2011.
ii. David Lipton will remain the IMF Acting Managing Director in the interim period.
iii. Christine Lagarde was the first woman to head the IMF.

i. IFS officer Upender Singh Rawat has been appointed as India’s next Ambassador to Panama. He will succeed Ravi Thapar. 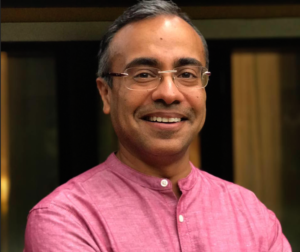 i. Senior diplomat Sanjeev Kumar Singla has been appointed as the next Indian Ambassador to Israel.
ii. Earlier he was serving as Private Secretary (PS) to Prime Minister of India. He will replace Pavan Kapoor, who assumed charge as the Ambassador to Israel in 2016.

i. Indian Foreign Service officer Vivek Kumar was appointed as private secretary to Prime Minister Narendra Modi.
ii. The Appointments Committee of the Cabinet, headed by the prime minister, cleared the new assignment for Kumar, who is currently working as Director in the Prime Minister’s Office.
Ranks & Reports

i. Commerce and Industry Minister will launch the Global Innovation Index (GII) on 24th July 2019 in New Delhi.
ii. The launch of GII will reveal the innovation rankings of economies.
iii. Theme for 2019: Evaluating the Medical Innovation Scenario of the Next Decade.
iv. The GII has been a charter for assessing the innovation capabilities of national economies worldwide.
Static/Current Takeaways Important For RRB NTPC/IBPS RRB Mains:
Sports

i. Sports Minister has launched the All India Football Federation’s Golden Baby Leagues handbook 2019-20.
ii. The launch marked the renaming of the ‘AIFF Baby Leagues’ to ‘AIFF Golden Baby Leagues’, with emphasis being laid for ages under 6 to under 12 both for girls and boys.
iii. The handbook is a guide to help the stakeholder to organise the Golden Baby League.
Static/Current Takeaways Important For RRB NTPC/IBPS RRB Mains:
10. India’s mixed relay silver at Asiad set to be upgraded to gold

i. India is in line to get the Asian Games gold in 4×400 mixed relay event held in Jakarta 2018, as Kemi Adekoya of Bahrain was handed a 4 year ban by the Athletics Integrity Unit (AIU) for failing a dope test.
ii. India’s mixed relay team of Muhammed Anas, Hima Das, Arokia Rajiv and M. R. Poovamma had won the silver in the event at the Asian Games 2018.
iii. Kemi Adekoya had also won the 400m hurdles gold at the Asian Games with India’s Anu Raghavan finishing fourth. Hence, Anu Raghavan is in line for the bronze medal.

i. Three-time Delhi Chief Minister and senior Congress leader Shiela Dixit passed away in New Delhi. She served as Delhi’s chief minister for 15 years. She was the senior most Congress leader in its Delhi unit.
Static/Current Takeaways Important For RRB NTPC/IBPS RRB Main:
Defence
12. India, China to carry out major military exercise ‘Hand in Hand’

i. India and China will carry out a major military exercise called ‘Hand-in-Hand’ in December, 2019.
ii. The exercise will take place at Umroi, Meghalaya. It will be based on counter-terrorism, humanitarian assistance and disaster relief operations.