i. Dr. Rajiv Kumar, Vice Chairman, NITI Aayog, inaugurated a conference on “The Future of Indian Banking” with the Foundation for Economic Growth and Welfare (EGROW Foundation).
ii. The conference aims to increase and elevate the discourse on the banking sector in India, and help develop insights to inform the continued evolution of the Indian banking sector for optimally supporting the growing credit needs of the Indian economy.
Static/Current Takeaways Important For NIACL AO Mains Exam:
5. Government Launches ‘Operation Digital Board’ To Boost Quality Education 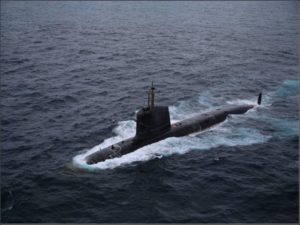 i. In a major boost for the Navy’s firepower, the Defence Ministry has approved the acquisition of more than 100 heavyweight torpedoes which will be equipped on the force’s six Scorpene-class submarines being built at Mazagon Dockyards in Mumbai.
ii. The French-origin Scorpene submarines are being built in India at Mazagon Dockyards Limited (MDL) and have now been named the Kalvari class. The first boat of the class called INS Kalvari has already been inducted into the Navy and is carrying out operational duties.

9. List of MoUs Signed Between India and South Korea

i. List of MoUs/Documents signed between India and the Republic of Korea during the State Visit of Prime Minister Modi to the Republic of Korea.
1. MoU on the release of commemorative postal stamp on Queen Hur (Suriratna) for releasing a joint stamp commemorating the legendary Princess Suriratna (Queen Hur Hwang-ok), a legendary Princess of Ayodhya, who went to Korea in AD 48 and married King Kim-Suro.
Find The Complete List Here
10. Australian Small Brown Rat Becomes World’s First Mammal To Go Extinct Due To  Climate Change

i. A small brown rat of bramble cay melomys species lived on a tiny island off northern Australia becomes the world’s first mammal to have become extinct due to “human-induced climate change”.
ii. The Australian government has officially listed the Bramble Cay melomys as extinct. Extreme high water levels and damaging storm surges, including its sources of food include the reason behind its Extinction.
Sci-Tech News

i. Kerala Chief Minister, Pinarayi Vijayan, inaugurated India’s first Humanoid Police Robot named KP-BOT, ranked as Sub-Inspector (SI), at the Police Headquarters in Thiruvananthapuram, Kerala. The robot’s gender is declared female keeping in mind women empowerment and gender equality.
ii. In 2018’s Cocoon Cyber Conference it was announced that robots will be included in the police force, after which, the work on the project was started by state police Cyberdome and a Kochi based start-up, Asimov.
Static/Current Takeaways Important For NIACL AO Mains Exam:

13. Ajay Singh Appointed As The Head Of AIBA Elite Foundation

i. Ajay Singh, president of the Boxing Federation of India has been selected as the president of the Foundation Board for Better Boxing of AIBA (International Boxing Association).
ii. AIBA formed the Foundation Board for Better Boxing in the last meeting of its Executive Committee to formulate an action plan for global development of the sport in future.
Static/Current Takeaways Important for NIACL AO Mains Exam:
14. SC Appoints Former Judge Justice D.K. Jain as BCCI Ombudsman

i. The Supreme Court appointed a retired judge of the court Justice D.K. Jain as the first ombudsman under the new BCCI (Board of Control for Cricket in India) Constitution approved by the court in a judgment.
ii. Bringing a quietus to the quibbling between the Committee of Administrators (CoA) which runs the BCCI and the State bodies that form the Board, a Bench of Justices S.A. Bobde and A.M. Sapre decided to take things into their own hands on the advice of amicus curiae and senior advocate P.S. Narasimha.

i. Employees’ Provident Fund Organisation has hiked interest rate on employees’ provident fund to 8.65% from 8.55% for the 2018-19 fiscal year. The announcement was made by Labour Minister Santosh Gangwar.
ii. The proposal would now go to the Finance Ministry for approvalg. The Central Board of Trustees (CBT) headed by Labour Minister is the apex decision making body of the EPFO which finalises rate of interest on PF deposits for a financial year.

i. Prime Minister Narendra Modi was conferred with the Seoul Peace Prize during his two-day visit to South Korea. The award was first announced by the Seoul Peace Prize Cultural Foundation in October 2018.
ii. Former Secretary-General of the United Nations Kofi Annan and German Chancellor Angela Merkel are among previous recipients of the award.
हिंदी में पढ़े