i. Indian Space Research Organisation (ISRO) has launched a special programme for schoolchildren called Young Scientist Programme or Yuva Vigyani Karyakram (YUVIKA), in tune with the government’s vision “Jai Vigyan, Jai Anusandhan”.
ii. The program is primarily aimed at imparting basic knowledge on space technology, space science and space applications to the younger ones with the intent of arousing their interest in the emerging areas of space activities.
Static/Current Takeaways Important For LIC AAO Mains Exam:
2. Facebook launches tools to boost Electoral Process

i. Social Media giant, Facebook has launched two new India-specific tools viz. “Candidate Connect” and “Share You Voted” to boost civic engagement on its platform during the Lok Sabha elections 2019 that commence in April.
ii. Both these tools will be made available in 12 local languages.
Agreements/MoUs Signed
3. India-African Union Sign MoU On Strengthening Cooperation In Healthcare Sector

i. An agreement has been signed between India and the African Union to establish an India-Africa health sciences collaborative platform.
ii. The MoU will pave the way for cooperation in research and development, capacity building, health services, pharmaceutical trade and manufacturing capabilities for drugs and diagnostics.
Static/Current Takeaways Important For LIC AAO Mains Exam:
4. India, US Ink Pact To Check Tax Evasion By MNCs

i. India and the US signed an agreement for exchange of country-by-country (CbC) report. The move will give huge relief to subsidiaries of US-headquartered companies in the taxation-related matter.
ii. The agreement for the exchange of CbC reports will enable the two countries to automatically exchange the reports filed by the ultimate parent entities of the multinational enterprises in the respective jurisdictions pertaining to the years commencing on or after January 1, 2016.
Banking/Business News

i. Supreme Court-appointed BCCI Ombudsman Justice D K Jain (retd) will now serve as the Ethics Officer of the Indian cricket board on an ad-hoc basis.
ii. According to the Board of Control for Cricket in India (BCCI), provisions in its constitution require an Ethics Officer to be appointed to determine and decide issues related to conflict of interest.
Static/Current Takeaways Important For LIC AAO Mains Exam: 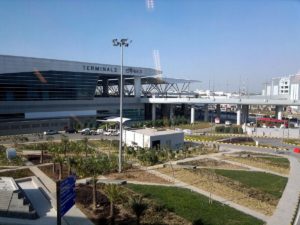 i. Singapore’s Changi Airport has been crowned the world’s best aviation hub for the seventh time in a row, while New Delhi’s Indira Gandhi International (IGI) Airport featured at number 59, according to the Skytrax World Airport Awards.
ii. The list has been compiled by the UK-based Skytrax, a consultancy firm which runs an airline and airport review and ranking site, featuring 100 airports. New Delhi’s Indira Gandhi International (IGI) Airport is India’s Best Airport.

i. Veselin Matic, who took Iran to an Asian Games bronze medal in 2010, is set to be appointed as the new head coach of the Indian men’s basketball team.
ii. The Serbian’s name had been cleared by the sports ministry. A veteran international coach, Matic helped Iran qualify for its first ever World Championship (2010) with victory in the 2009 FIBA Asia Championship.

i. Celebrated Malayalam writer and poet Ashita passed away at the age of 63 in Thrissur, after fighting a long battle with cancer.
ii. She was the recipient of myriad awards, and some include the Padmarajan Award – Thathagatha (2000), Lalithambika Antharjanam Award (1994) and Edaserri Award (1986).
हिंदी में पढ़े