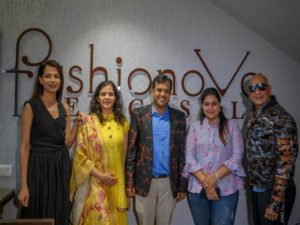 i. India’s first Design Development Center ‘Fashionova’ was launched in the Textile city Surat.
ii. The centre will promote the city in the field of the fashion design sector.
iii. It will also fulfill the business needs from co-working space, technicians, expert advises to cognitive workshops and exposure to the industry.
Static/Current Takeaways Important For ESIC:
2. Longest electrified railway tunnel in India commissioned

i. The South Central Railway has commissioned the longest electrified tunnel of India.
ii. The tunnel which is between Cherlopalli and Rapuru stations is 6.6 km long, is built at a total cost of ₹460 crore.
iii. The horse shoe shaped tunnel is of 6.5 metres height with ballastless track and LED lighting provided at 10 metre intervals inside.
3. Army Chief releases Kargil Tribute Song

i. Army Chief General Bipin Rawat has released a Kargil Tribute Song to honour, salute and pay homage to the Kargil martyrs and war veterans.
ii. The song has been composed by eminent Hindi lyricist Sammer Anjaan and sung by Shatadru Kabir.
iii. The song was released as part of the celebration of the 20th anniversary of Kargil Vijay Diwas to be celebrated on 26th of July.

i. The Union Cabinet has approved the pact signed between India and Maldives to start passenger and cargo services via sea route.
ii. The MoU will pave way for ferry services between Maldives and India. The proposed ferry service would contribute in a big way to promote people to people contact and to boost bilateral trade.
Static/Current Takeaways Important For EPFO/LIC ADO Mains:
5. CCMB and CDFD sign MoU to improve genetic disease diagnostics 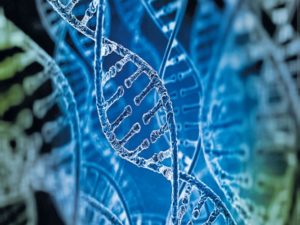 i. An MoU has been signed between CSIR-Centre for Cellular and Molecular Biology (CCMB) and Centre for DNA Fingerprinting and Diagnostics (CDFD).
ii. The aim of the MoU is to enable better ways of diagnosis and treatment of genetic disorders.
6. Reliance Jio ties up with Facebook for ‘Digital Udaan’

i. Reliance Jio ties up with Facebook for digital literacy initiative ‘Digital Udaan’.
ii. The initiative will have audio-visual training in 10 regional languages. The initiative is announced for the first-time Internet users in the country.
iii. The programme is being launched in nearly 200 different locations across 13 states.
Static/Current Takeaways Important For ESIC:
State News

7. Tripura gets Rs 358 crore from GoI for road projects

i. The GoI has sanctioned an additional amount of Rs 358 crore for the construction of new roads in rural areas of Tripura.

i. The Hong Kong government has approved over $9 million for relief and rehabilitation work in cyclone-hit Odisha.
ii. The grants will benefit around 45,100 victims of “Fani cyclone” and will be used to provide hygiene kits, kitchen kits, water, education, household items and shelter kits.

i. Punjab & Sind Bank has set up a centralised hub “Centralised MSME & Retail Group”. It will process retail and MSME loans for the better efficiency of branches in business acquisition.
ii. The Cen-MARG has been envisioned to ensure qualitative improvement in credit appraisal, improved turnaround time, uniform documentation, and efficient monitoring.

i. The Henley Passport Index 2019 have ranked the Indian passport on the 86th position with a mobility score of 58.
ii. The score points out that Indian passport holders can access 58 countries around the world without a prior visa. Japan and Singapore holds the top spot with a score of 189.
iii. The index includes 199 passports and 227 travel destinations including micro-states and territories.

i. UNESCO’s World Heritage Committee has listed Iraq’s Babylon as a World Heritage Site.
ii. Babylon is developed as a walled city of mudbrick temples and towers, constituting the Tower of Babel, and the Ishtar Gate.
iii. The city was the centre of the ancient Babylonian empire more than 4,000 years ago.
Static/Current Takeaways Important For SBI PO/Clerk Mains:
Important Days

i. The United Nations observes first Saturday of July every year as International Day of Cooperatives.
ii. The day is celebrated to increase the awareness of cooperatives. The event underscores the contributions of the cooperative movement in resolving the major problems addressed by the United Nations. 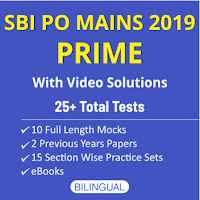