Skip to content
Dear Aspirants,
Study Daily Current Affairs from Daily GK Update on Bankersadda and Adda247 app, and stay updated as well as prepare for General Awareness section of bank exams. It’s time to gear up your preparations for Syndicate Bank PO, IBPS Clerk Mains and with the daily dose of current affairs, you can easily prepare G.A and score well.

i. Prime Minister Narendra Modi stated that Republic Day celebration in 2018 would be “remembered through the ages” because the government for the first time in India’s history would host leaders of 10 Asean countries as chief guests on 26th January 2018.
ii. “The Republic Day will be celebrated with leaders of all 10 (Association of Southeast Asian Nations) Asean countries coming to India as chief guests. This time, not one but 10 chief guests would grace the Republic Day.
2. Bank of India gets Rs. 2,257 cr From Govt

i. State-run Bank of India has received capital infusion of Rs. 2,257 crore from the government. “The bank has received infusion of Rs. 2,257 crore from the Government of India, in the form of Common Equity Tier-1 Capital, which is being kept as Share Application money and would be alloted after due procedure/ conditions for allotment”.
ii. The government had unveiled a Rs. 2.11 lakh crore two-year roadmap for strengthening NPA-hit public sector banks, which includes re-capitalisation bonds, budgetary support and equity dilution.
Static/Current Takeaways Important for IBPS Clerk Mains 2017 Exam-
3. GAIL Awards Major Contracts for Pradhan Mantri Urja Ganga 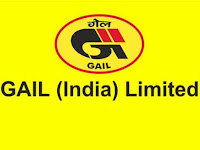 i. GAIL India has placed orders for another 400-km of pipeline of the ambitious Pradhan Mantri Urja Ganga natural gas pipeline project that will take the fuel to eastern India.
ii. State-run gas utility company stated that the orders for pipeline from Dobhi, Bihar to Durgapur, West Bengal has been placed. With these awards, pipe supply orders for 2,100 km of the Jagdishpur-Haldia & Bokaro-Dhamra Natural Gas Pipeline (JHBDPL) project have been placed.

i. Bihar Chief Minister Nitish Kumar has laid foundation stones for more than 100 projects worth Rs 700 crore in Nalanda district as part of his state-wide “Vikas Samiksha Yatra”.
ii. At Chamera village in Ekangarsarai block, Mr. Kumar dedicated to the public 132 projects worth Rs 97.63 crore in addition to the 114, worth Rs 698.65 crore, for which foundation stones were laid.
Static/Current Takeaways Important for IBPS Clerk Mains 2017 Exam-
5. Allahabad Bank Ties up With NeSL

i. Allahabad Bank has entered into an agreement with state-run National e-Governance Services Limited (NeSL) for utilizing the latter’s Information Utility Services envisaged under the Insolvency and Bankruptcy Code, 2016.
ii. NeSL, owned by the government, is the first Information Utility entity registered by Insolvency and bankruptcy Board of India under IBBI (IU) Regulations, 2017.
Static/Current Takeaways Important for IBPS Clerk Mains 2017 Exam-
Practice More Current Affairs and Banking Quizzes