Q1. Who will be taking over as the next Chief Minister of Tamil Nadu?
(a) Sasikala Natarajan
(b) O Panneerselvam
(c) SR Balasubramoniyan
(d) C Ponnaiyan
(e) None of the given options is true

Q5. Name the state cabinet, which has decided to submit a memorandum to the Prime Minister to issue an ordinance to exempt the state from the provision of Part IX A of the Constitution which deals with the municipalities.
(a) Tripura
(b) West Bengal
(c) Assam
(d) Jharkhand
(e) Nagaland

Q7. Who has been featured in the latest cover star of the bible of cricket- Wisden Cricketer’s Almanack?
(a) MS Dhoni
(b) Steve Smith
(c) AB de Villiers
(d) Virat Kohli
(e) None of the given options is true

Q9. The renowned Urdu novelist and playwright Bano Qudsia has passed away recently. She hailed from-
(a) Bangladesh
(b) Pakistan
(c) Indonesia
(d) Iran
(e) Afghanistan

Q10. Which among the following banks has signed an agreement with Religare Health Insurance Co Ltd to market its products and services through the distribution network of the bank across India?
(a) Bank of Baroda
(b) ICICI bank
(c) State Bank of India
(d) Axis Bank
(e) Corporation Bank

Q12. Global taxi-hailing platform Uber has announced it has launched a new category ________ that allows customers to hire a taxi for the day, to cover several destinations, and is targeting senior citizens, business travellers and tourists.
(a) UberALLOW
(b) UberHIRE
(c) UberGOT
(d) UberPAID
(e) None of the given options is true

Q14. In which among the following state, the first Smart Police Station, having the look and feel of a corporate-style office, started functioning from 07th February 2017?
(a) Arunachal Pradesh
(b) Madhya Pradesh
(c) Uttar Pradesh
(d) Andhra Pradesh
(e) Himachal Pradesh

Q15. Alastair Cook has resigned as Test captain after a record 59 matches in the role. Alastair Cook was the Test cricket captain of-
(a) West Indies
(b) New Zealand
(c) Australia
(d) South Africa
(e) England 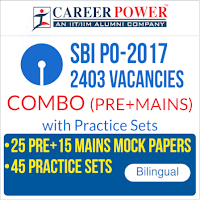