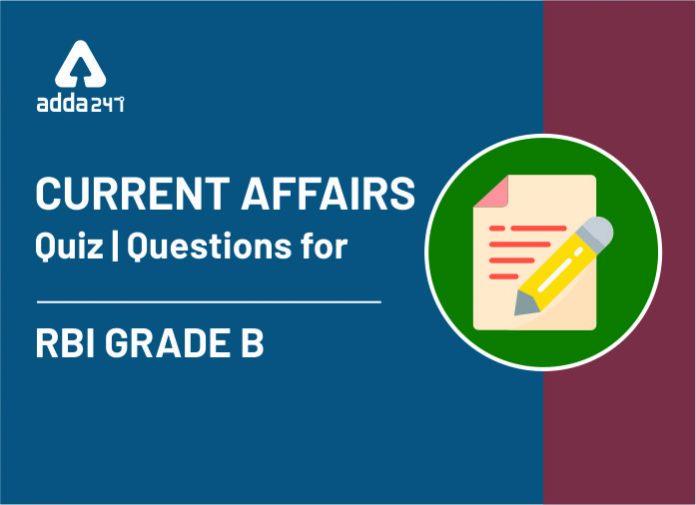 The Current Affairs section comes under the General Awareness which is as important as the formulas are for mathematics calculations, so this section is one that needs your undivided attention. You cannot pile up all the news and read them in a go, you need to be up to the mark when it comes to daily affairs of the world. So here in Adda247, we prepare quizzes on daily news that holds importance considering the banking examinations, like IBPS PO Mains, IBPS Clerk Mains, RBI Grade B Phase-I and many more. So to help you out in the finals, here is the 29th October Quiz on the current affairs of the previous day.

Q2. What is the name of online aptitude test which was launched by Central Board of Secondary Education (CBSE) and National Council for Educational Research and Training (NCERT)?
(a) Ichchha
(b) Khvahish
(c) Akanksha
(d) Tamanna
(e) Kamna

Q8. What is the theme of Vigilance Awareness Week 2019?
(a) Preventive Vigilance as a tool of Good Governance
(b) Integrity- a way of life
(c) Eradicate Corruption- Build a New India
(d) My Vision-Corruption Free India
(e) Public Participation in promoting Integrity and Eradicating Corruption

Q10. What is the theme of World Day for Audiovisual Heritage 2019?
(a) Archives at Risk: Protecting the World’s Identities
(b) It’s your story – don’t lose it
(c) Discover, remember and share
(d) Your Story is Moving
(e) Engage the Past Through Sound and Images

Q11. Ladakh administration is organizing the first-ever Ladakh Literature festival. The 3-day Literature Festival is being organized from 29 to 31 October 2019. Which of the following is the famous ladakhi folk dance?
(a) Ghoomer Dance
(b) Jabro Dance
(c) Karagam Dance
(d) Dumhal Dance
(e) Kilkkli Dance

S1. Ans.(e)
Sol. The Global Bio-India 2019 will be held for the first time in India in New Delhi from 21st to 23rd November, 2019. It is one of the largest biotechnology stakeholders integration programme.

S2. Ans.(d)
Sol. The Central Board of Secondary Education and National Council for Educational Research and Training have launched an online aptitude test called ‘Tamanna’. Tamanna stands for “Try And Measure Aptitude And Natural Abilities“.

S8. Ans.(b)
Sol. The Ministry of Health and Family Welfare will observe the Vigilance Awareness Week from 28th October to 2nd November, 2019. The week will be observed with the theme of “Integrity- a way of life”.

S11. Ans.(b)
Sol. Jabro is a traditional dance form prevailing in the Chang Thang and Rong areas of Ladakh region.

S15. Ans.(c)
Sol. The Government of India, Government of Odisha and the World Bank have signed a USD 165 million loan agreement. The agreement is signed for Odisha’s Integrated Irrigation Project for Climate Resilient Agriculture.